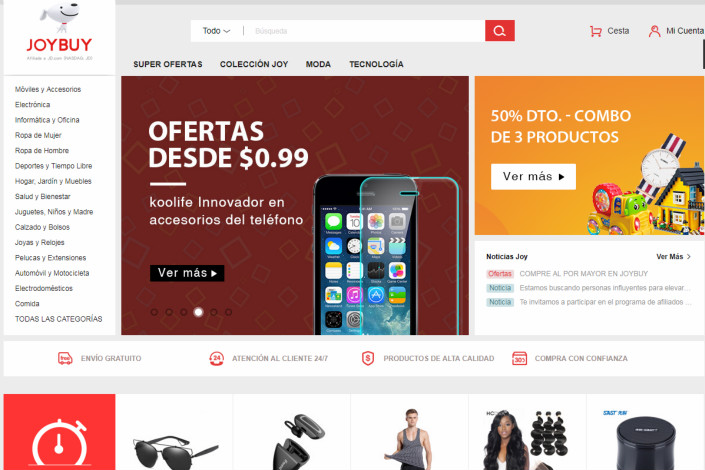 JD.com Chairman and CEO Richard Liu was in Madrid on Monday to introduce the new website, Joybuy, which had been launched just days before and now offers more than 100,000 products.

It is JD.com’s fourth foreign-language e-commerce site, following its English, Russian and Indonesian platforms, as the firm seeks to expand overseas.

The new platform sells mainly made-in-China products, such as electronic devices, toys and apparel. According to a news release from the company, JD.com will introduce some Chinese brands to Spain, including Nubia smartphones and Hasee laptops.

More than 44% of online orders in Spain are already cross-border, JD.com said.

The company plans to establish a warehouse in Spain to achieve more efficient delivery to the European country, it said. The company did not mention any specific steps it is taking to better serve Central and South American markets, which are home to the vast majority of the world’s Spanish speakers.