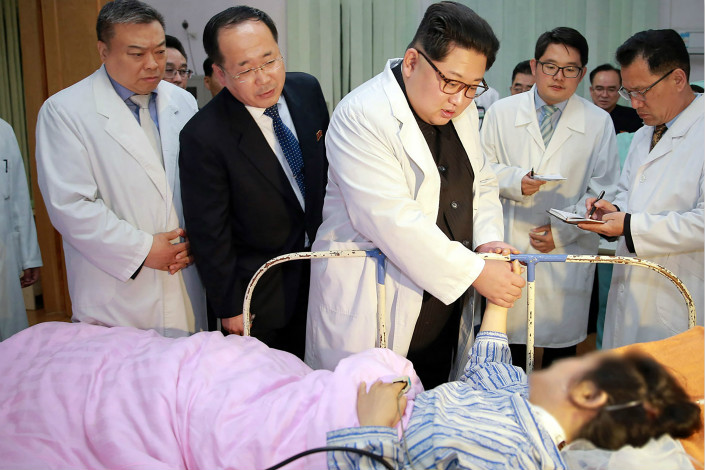 President Xi Jinping has ordered the country’s diplomatic corps to do whatever is necessary to help the two Chinese citizens injured and the families of those killed in an accident in North Korea.

Two Chinese nationals were critically injured in the incident and are being treated at a hospital in North Korea, China’s Ministry of Foreign Affairs said at a briefing Monday.

China on Monday sent a team of medical professionals, including four trauma specialists, to North Korea to assist with the medical treatment, according to China’s National Health Commission.

Neither China nor North Korea has provided further information about where the Chinese tourists are from or how long they had been traveling in North Korea. The cause of the incident is still under investigation, according to the ministry.

Tourism has been essential lately to North Korea’s economy, which has been hobbled by hefty U.N. sanctions related to its nuclear and missile programs. North Korea has gained popularity among Chinese tourists, with many visiting the reclusive state to experience nostalgic communist culture and economic conditions reminiscent of China’s recent past.

“The unexpected accident brought bitter sorrow to his heart and he couldn’t control his grief at the thought of the bereaved families who lost their blood relatives,” Reuters reported Tuesday, citing the Korean Central News Agency.