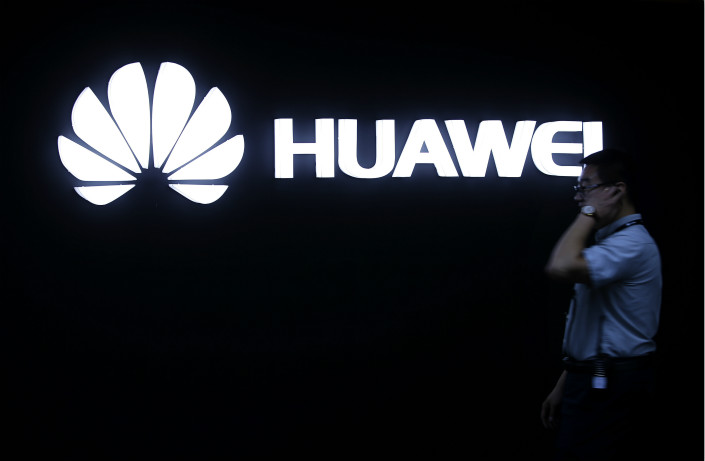 A man walks past a Huawei logo during a May 2016 launch event for the Huawei Matebook in Beijing. Photo: IC

Embattled telecom equipment-maker ZTE Corp. said it has taken actions under U.S. law to protect itself in the face of life-threatening sanctions from Washington, as foreign media reported rival Huawei is being probed in a case that could result in similar sanctions.

ZTE and Huawei are two of China’s leading high-tech exporters, but have both also become the subject of scrutiny from Washington over past sales of American-made high-tech equipment to Iran that violated U.S. sanctions at the time.

In 2016 the U.S. determined that ZTE had committed such infractions and was prepared to ban the company from buying American-made components for seven years. The two sides reached a settlement last year and the ban was suspended, but last week the U.S. threatened to reinstate the measure after determining ZTE had failed to comply with some terms of the earlier deal.

ZTE is currently in talks with officials in Washington in a bid to avoid the ban, and previously said it might “take judicial measures to protect the legal rights and interests” of the company, without being more specific. It appeared to reference that earlier statement in its latest announcement to the Hong Kong Stock Exchange dated Wednesday.

“The management of the company has decided to take certain actions available to it under applicable U.S. laws in relation to the (U.S. sanctions) order, and the public disclosure of the actions is pending, among other things, advice of the U.S. legal advisors of the company and the communications amongst the company and the relevant U.S. government departments,” it said. It added that trading of its Hong Kong- and Shenzhen-listed shares, which was suspended last week, will remain halted.

It made the statement as foreign media reported that crosstown rival Huawei Technologies Co. Ltd. was also being probed on suspicion of selling American-made equipment to Iran in violation of U.S. sanctions. The U.S. Department of Justice has been probing Huawei since at least 2016, in an investigation being run out of the U.S. Attorney’s Office in the New York City borough of Brooklyn, Reuters reported, citing unnamed people familiar with the situation.

A Huawei spokeswoman had no comment on the matter.

ZTE has not disputed the finding against it, but has argued it has made major efforts to comply with the earlier settlement agreement and called the plan to reintroduce sanctions against it “unfair.”

The case has drawn a lot of attention in China, partly due to ongoing trade tensions between the U.S. and China and partly for exposing how local technology champions like ZTE are still highly dependent on foreign know-how. That has prompted many in China to say the country needs to become more self-sufficient in technology.