By Jiang Mengjie and Pan Che 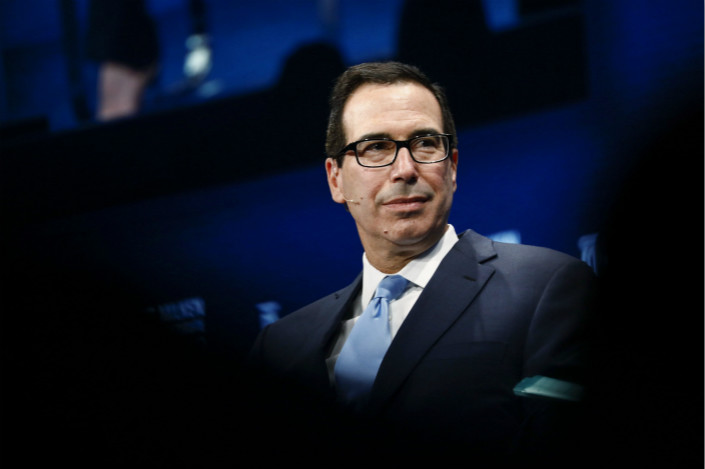 * It’s likely China and the U.S. will reach short-term deals at bilateral trade talks in Beijing this week

* However, the two sides will have trouble solving the structural problems at the heart of their long-running trade imbalance

(Beijing) — China and the U.S. are likely to reach short-term deals to soothe their trade spat in bilateral trade talks in Beijing later this week, experts said, though there is no easy solution to their long-term, structural imbalance.

U.S. Treasury Secretary Steven Mnuchin said in an interview with the Fox Business Network aired on Monday that he was cautiously optimistic about the trade talks with China, which will be held on Thursday and Friday in Beijing.

Some experts are also optimistic about the outcome of the talks. It’s highly possible that the U.S. and China will reach a deal to ease trade tensions, Derek Scissors, resident scholar at U.S. think tank American Enterprise Institute, told Caixin, adding that China could improve market access for American goods in exchange for the suspension of all planned U.S. punitive tariffs.

“It’s highly likely that the two parties can agree to a truce if they are both honest,” said Liu Yawei, director of the Carter Center’s China program, adding that if China makes some concrete commitments to the U.S., it’s likely that Washington will change its tariff plans.

Mnuchin said the U.S. delegation will hold discussions with senior officials such as Vice Premier Liu He, President Xi Jinping’s top economic advisor, on issues such as the bilateral trade imbalance and intellectual property rights, as well as technological cooperation and joint ventures. The treasury secretary added that he expects to find a solution to the U.S. trade imbalance with China through frank discussions.

Over the past few weeks, tit-for-tat threats of tariffs have sunk stocks in both countries and led to global investors fretting about a potential trade war between the world’s two largest economies.

Despite this, the two parties have made moves that justify optimism, as China vowed to further open up its vast domestic market to foreign capital and lower import tariffs on American automobiles. U.S. President Donald Trump said last week he saw a “good chance” of a trade agreement with China.

However, some experts believe the odds of the two parties finding a solution to the trade imbalance in two days of meetings are slim, as the root of the problem lies in the U.S. economic structure.

George Magnus, an associate of Oxford University’s China Centre, said he doesn’t think China will offer the U.S. “anything of substance,” adding that China will not be able to promise or guarantee any changes in the bilateral deficit unless it pledges to buy tens of billions of dollars of additional U.S. energy and agricultural products.

He also backed Beijing’s argument that the colossal U.S. trade deficits are the result of its economic structure, in which the U.S. savings rate is very low and investment rates are high, adding that unless the U.S. finds a way to change this, it will be very difficult to create a trade surplus.

He also believed that the scope of U.S. measures against China extends beyond trade into industrial, technological and even military sectors, as a way of stymying China’s desire to get ahead with its strategic industrial policy “Made in China 2025.”

China’s Ministry of Commerce said in a statement that the accusations are unfair and biased, arguing that the Chinese government has attached great importance to intellectual property protection.

In the first quarter of this year, China’s trade surplus against the U.S., its second-largest trading partner after the European Union, rose 19% year-on-year to $58.3 billion.