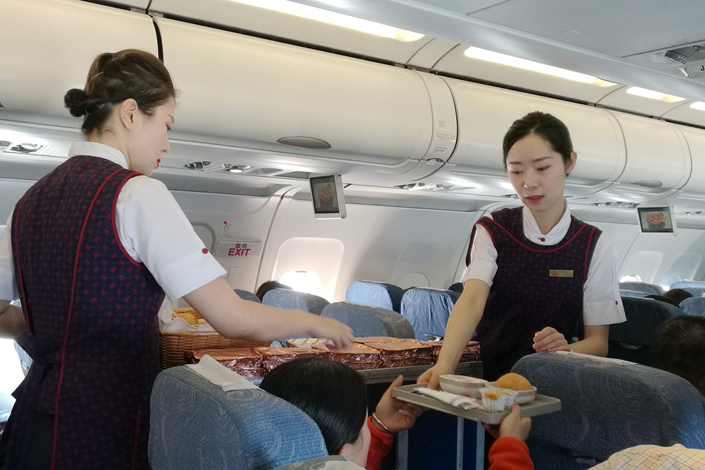 Growth in China’s service activity picked up in April after hitting a four-month low in March as new business and employment expanded at a faster pace, a Caixin survey showed Friday.

The Caixin China General Services Business Activity Index, which tracks the country’s growing services sector, rose to 52.9 in April, up from 52.3 in March. A number above 50 indicates an expansion in activity, while a figure below that points to a contraction.

The rise of the index, combined with the upbeat Caixin China General Manufacturing Purchasing Managers’ Index (PMI) released on Wednesday, drove the Caixin China Composite Output Index that covers both the manufacturing and services sectors up to 52.3 in April, also picking up from a four-month low of 51.8 in March.

The services sector includes finance, real estate services, marketing, transportation and retailing. Also known as the tertiary sector, it accounted for more than half of China’s gross domestic product over the past three years, according to the National Bureau of Statistics (NBS).

The official nonmanufacturing PMI released by the NBS, which covers services and construction industries, rose to 54.8 in April from 54.6 a month earlier. The rise was mainly driven by rapid expansion in the air transportation, express delivery and accommodation industries, according to the NBS.