By Yang Qiaoling and Fran Wang 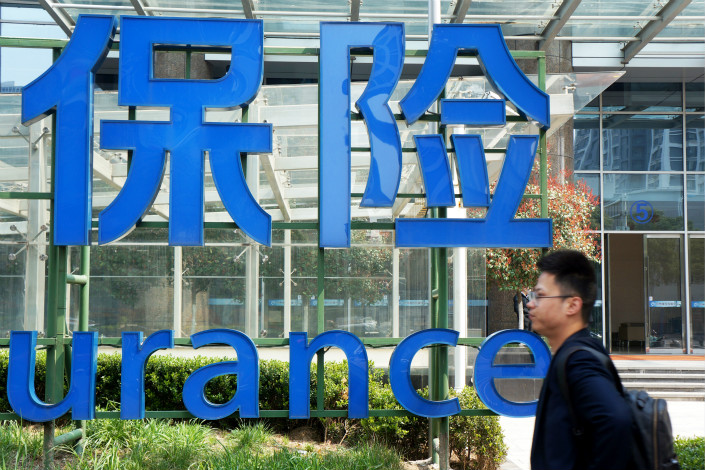 A recent ruling by the People’s Supreme Court could deter a rampant practice that has allowed companies to hide their controlling interests in insurance firms in an effort to avoid regulatory scrutiny. Photo: VCG

(Beijing) — China’s supreme court has ruled that companies can’t own insurance-company shares through a custodian because of the dangers such arrangements pose to the financial system.

The ruling could deter a rampant practice that has allowed companies to hide their controlling interests in insurance firms in an effort to avoid regulatory scrutiny and finance their own risky expansions with money raised from the public.

The case focused on shares of an insurance company that construction-materials trader Fuzhou Tiance Industrial Co. Ltd. said that it had hired Fujian Weijie Investment to hold on its behalf in 2011.

In its defense, Weijie Investment argued that it found out after the agreement was signed that Tiance Industrial was not the real owner of the shares in dispute. Essentially, the case involved a complicated web of transactions that left open questions about who actually owned the shares in dispute.

In 2014, a provincial court sided with Tiance Industrial, upholding the agreement. In March, however, the Supreme People’s Court overturned the provincial court’s ruling and annulled the custodian agreement (link in Chinese) between the two companies, according to the ruling published late last month on wenshu.court.gov.cn.

The supreme court ruled against Tiance Industrial because it determined that share custodian agreement was never valid in the first place because of they danger they pose to the public.

“Allowing anonymous holding of shares of insurance companies … will inevitably expose the insurers to greater risk and undermine the healthy development of the industry,” the supreme court said in the verdict.

“The potential risks that the insurance companies are exposed to could put financial order and social stability at stake under some circumstances and in turn harm the public interest because the insurance industry affects the vital interests of numerous insured people,” it said.

China’s financial regulators have barred custodian companies from holding shares in insurance firms. In March, they also limited the ownership of insurance firms by each investor to no more than one-third of a company’s total shares. The rules aim to prevent controlling shareholders from misusing insurance company funds for their own benefit.

But the administrative ban has not been supported by all Chinese courts, and some judges have recognized the validity of shared-custodian agreements.

The supreme court’s ruling set a precedent for future cases involving disputes of shares held by custodians and it is expected to discourage investors from hiding their ownership through such agreements, analysts said.

“The judgment by the supreme court means that the widely existing custodian holding of insurance companies’ shares is not protected by law,” a lawyer with Beijing-headquartered Zhong Lun Law Firm told Caixin.

An official with the China Banking and Insurance Regulatory Commission who declined to be named said the ruling showed that “administrative practice (of banning such custodian agreements) has received judicial support.”

Custodian shareholdings are extremely difficult to be identified unless they are reported by whistleblowers or become public in disputes between the investor and the custodian, the official said.

Consequently, the supreme court’s ruling could also increase the chance that these deals will come to light, such as in cases in which a dispute arises because a custodian refuses to follow instructions from the investors on the grounds that their shareholding agreement is invalid, legal experts said.

The Chinese government is tightening control over the ownership of financial institutions, including banks and insurers, to stop shareholders, particularly private conglomerates, from amassing hidden stakes and using them to influence operations in a way that could threaten the overall financial system.

In one of the most high-profile cases, China’s insurance regulator announced in February that it was taking over troubled Anbang Insurance Group for one year, and possibly up to two years, to restructure and recapitalize the company after it violated laws and regulations in ways that jeopardized its solvency. In March, its former chairman, Wu Xiaohui, admitted in court to illegally raising more than 720 billion yuan ($113.2 billion) by selling insurance products without government approval. In April, the regulator announced that a state-run bailout fund will inject 60.8 billion yuan into the company.