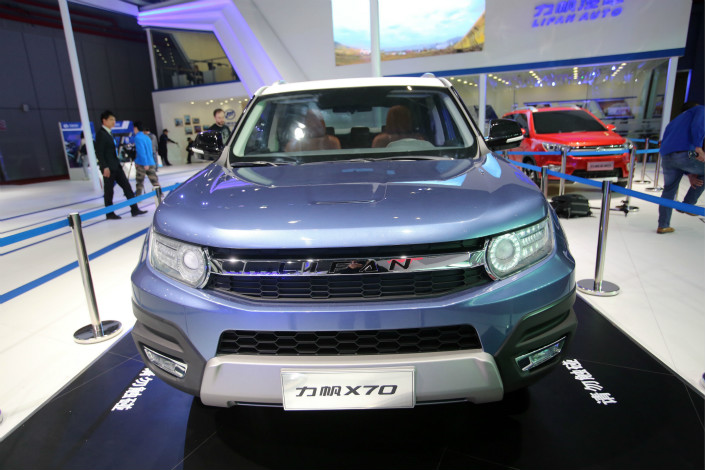 Chinese automobile manufacturer Lifan Passenger Vehicle Co. Ltd. is planning a share issuance to raise 2.48 billion yuan ($390 million) to charge up the development of its products and charging network.

The issuance will target no more than 10 domestic and foreign institutional investors, including investment funds and insurance companies, the Shanghai-listed company said in a filing (link in Chinese) to the city’s bourse Monday.

The funds will be spent on new car model development, building up a network of battery-swap stations and improving the firm’s battery technology, according to the filing.

Chongqing-based Lifan, which started as a motorbike and engine manufacturer, has in recent years shifted its focus to new-energy vehicles. This business strategy shift has been partly spurred by Beijing’s policy support for the fledgling sector.

Both central and local governments have for years offered generous subsidies to manufacturers, leading to China becoming the world’s largest electric-car market in 2015.

Lifan is the latest Chinese electric-car maker to begin a fundraising drive, as the sector’s player all look to take an early lead.

Last month, electric vehicle startup Singulato Motors said it is set to complete a 3 billion yuan fundraising round. The news came weeks after another startup Byton said it is in talks to raise over $400 million in its latest financing round, with state-owned automobile giant FAW Group being one of the major investors.

Among the estimated 20 such startups launched since 2014, the 10 largest had secured more than 50 billion yuan in investment by the end of last year.

Compared with some of its competitors, who have mostly chosen a model in which electric cars use the same rechargeable batteries for long periods, Lifan favors the so-called battery swap model.

Lifan said it will invest heavily in building up a network of battery-swap stations in the country, where drivers will be able to swap their vehicles’ depleted battery packs for fully charged packs in about three minutes.