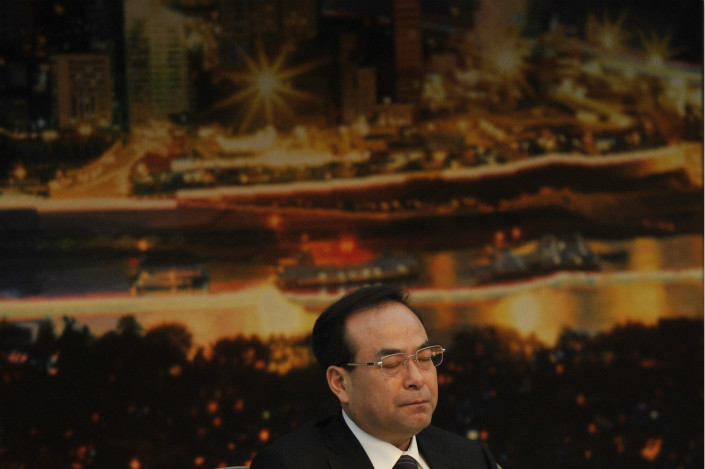 (Beijing) — Sun Zhengcai, once a rising political star in China, was sentenced to life in prison on Tuesday for bribery, at a court in the northern port city of Tianjin.

Sun was accused of taking 170 million yuan ($27 million) in bribes from 2002 to 2017, when he held several government posts, including Minister of Agriculture and party secretary of Chongqing, China Central Television reported Tuesday, citing the Tianjin No. 1 Intermediate People’s Court.

Sun was a member of the Communist Party’s key decision-making body, the Politburo, but was expelled from the party in September before being handed over to prosecutors.

Sun could have faced more severe punishment, given the scope of his alleged irregularities, but instead was given leniency because he has shown remorse, the Tianjin court said.

His wealth was confiscated and his political rights were stripped for the rest of his life, according to the verdict.

Sun said he will not appeal the sentence.

When he was expelled from the party in September, Sun was accused of a number of serious breaches of party rules, including leaking confidential party information, trading power for sex, and taking bribes, Xinhua reported.

Sun is still frequently equated with his predecessor, Bo Xilai, as the “poisons” of Chongqing’s political ecosystem. Bo, who was sentenced to life in 2013 for taking bribes and abusing power, was accused of having “inflated political ambition” and taking Chongqing as his “personal manor” where he “put up his own flag,” according to a report of local party newspaper Chongqing Daily in April.