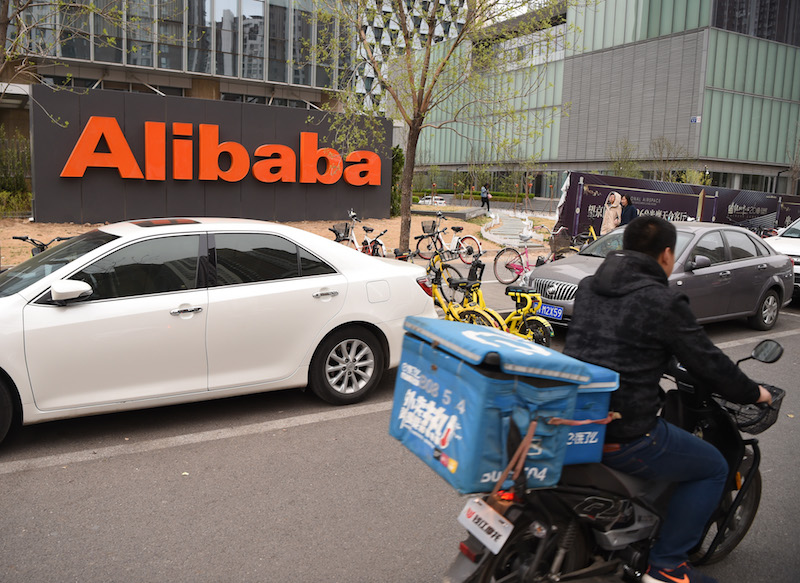 The takeover of Ele.me is a key part of Alibaba’s “New Retail” strategy. Photo: VCG

* The buyout of Ele.me is an important part of Alibaba’s “New Retail” strategy

Online search engine Baidu said Thursday it sold its 5% stake in Ele.me to Alibaba for $488 million. The exit of Baidu leaves its rivals Alibaba and Tencent Holdings as the dominant forces in China’s white-hot food-delivery market

Alibaba, along with its fintech affiliate, Ant Financial Services Group, last month proposed to buy out Ele.me in a deal that values the 9-year-old startup at $9.5 billion. Alibaba and Ant Financial previously owned a combined 43% of Ele.me. Alibaba’s total percentage ownership of Ele.me after the Baidu deal wasn’t clear.

Ele.me became one of country’s largest food-delivery service providers after it acquired a competitor belonging to Baidu in August. After the transaction, Baidu held 5% stake in Ele.me.

In April, another major shareholder of Ele.me, Beijing Hualian Department Store Co., also sold its 2% stake to Alibaba for $185 million.

The buyout of Ele.me is an important part of Alibaba’s “New Retail” strategy to connect online and offline retail spaces. Ele.me is expected to complement Alibaba’s fresh food retail platform Hema, which was launched in 2016.

China’s tech giants have been rushing into the booming internet-based service sectors, such as mobile-based food-delivery, bike-sharing and car-hailing, to gain access to vast numbers of users.

Ele.me currently boasts 260 million users and 2 million merchants as Chinese take to their smartphones to have meals delivered to their doorsteps. Ele.me held 51% of the market in 2017, while its archrival, Meituan-Dianping, backed by Tencent, had a 42% share, according to the market data and research firm Analysys.