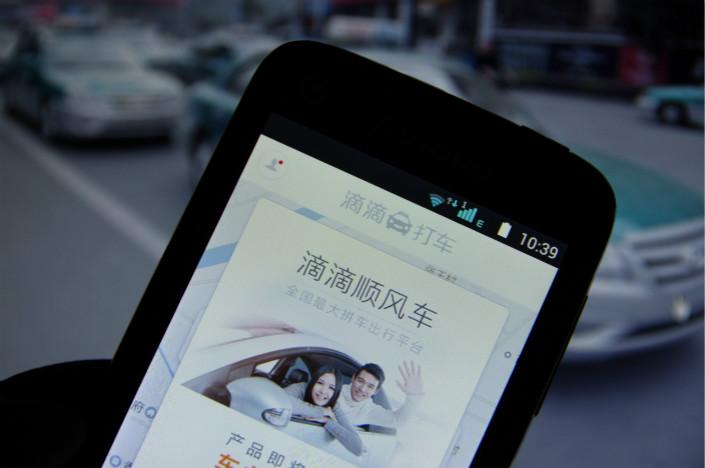 Didi Chuxing will suspend Hitch, its car-pooling service, for a week nationwide on May 12 for self-inspection and rectification — a move that follows the slaying of a Didi Hitch customer. Photo: VCG

Didi Chuxing is offering a cash reward of up to 1 million yuan ($157,000) for information about a driver who is a suspect in the slaying of a 21-year-old woman who used the ride-sharing company’s car-pooling service.

“Didi is now seeking the public’s help for any clues relevant to the driver identified as Liu Zhenhua,” the company said in a social media post Thursday night. The post also provided Liu’s photograph, birthplace, identification number and cellphone number.

Meanwhile, in a statement to Caixin on Friday, Didi said it will suspend Hitch, one of its car-pooling services, for a week nationwide on May 12 for self-inspection and rectification.

“Didi will thoroughly review the drivers across all services to exclude any cases involving mismatching of drivers and vehicles,” it said, adding that it will completely review and reform the operational and customer-service systems.

The country’s largest ride-hailing firm on Thursday apologized to the family of the victim, believed to have been killed by the driver of the car she hailed through the company’s app.

The victim, a flight attendant for a local airline, was killed one week earlier in Zhengzhou, in North China’s Henan province, while traveling from the suburbs to downtown. During the journey, the victim texted her friends to say that a “filthy-looking” driver was praising her beauty and wanted to kiss her, according to local media reports.

Following Didi’s offer of a monetary reward, Zhengzhou’s police bureau published a notice for the same suspect, who allegedly escaped by jumping into a river after killing the woman. It wasn’t revealed if she was sexually assaulted.

The incident has aroused a public uproar on Chinese social media, with many paying tribute to the woman. Some internet users shared private photos of the suspect on Weibo, China’s answer to Twitter.

The scandal was the latest to highlight potential safety issues of Didi, which has had similar incidents before.

In May 2016, a 24-year-old woman in the southern metropolis of Shenzhen was killed by a driver whom she had hailed through Didi’s platform. Police later found that the driver had used a fake license plate to circumvent the company’s screening system.

“Didi — as a platform to connect drivers and passengers — is charged with checking the background of drivers,” said Yu Gong, a legal adviser at the Beijing office of London-based Herbert Smith Freehills. However, Didi was not legally responsible for the incident because it is an information service provider and not a transportation company, he said.

This article has been updated to  clarify that DiDi is halting its Hitch, which is one of DiDi’s carpooling services.