By Sun Wenjing and Denise Jia 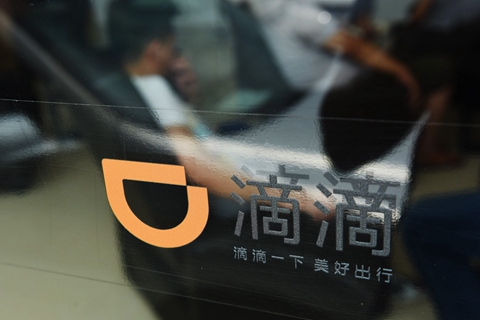 The platform would optimize the company’s transportation-industry chain, providing one-stop auto services to all car users including Didi’s drivers while lowering travel costs for customers, the company said.

The move comes as Didi faces competition not only from existing ride-hailing rivals but also from other big internet players entering the crowded market.

Didi has auto services in more than 200 cities in China with an annualized gross merchandise volume (GMV) of 37 billion yuan ($5.88 billion), the company said. By the end of this year, Didi said it expects annualized GMV to exceed 90 billion yuan.

Founded in 2012 as China’s first ride-hailing app operator, Didi has become one the world’s largest ride-hailing companies, dominating 90% of China’s market after pushing Uber out of the country in 2016. Currently, Didi serves more than 450 million users and provides 25 million rides every day.

The company aims to become the world’s largest operator of vehicle networks and a global leader in smart transportation systems by 2022, Didi said. In a December fundraising of $4 billion, Didi was valued at $56 billion, making it one of the most valuable tech startups in China.

But Didi’s dominant position in China is not unassailable. Didi has been forced to restructure its business since China’s regulators began tightening rules for ride-hailing vehicles and drivers in late 2016.

In December 2016, Beijing and Shanghai issued regulations requiring that all drivers for car-hailing companies be permanent city residents and that their cars be registered locally. Since then, Didi has had to remove ineligible drivers and cars to comply with the new rules.

Last month, Meituan said it has taken one-third of the ride-hailing market in Shanghai and Nanjing. The new threat has pushed Didi to reintroduced subsidies for drivers, a sign that the sector could be headed into a new price war.