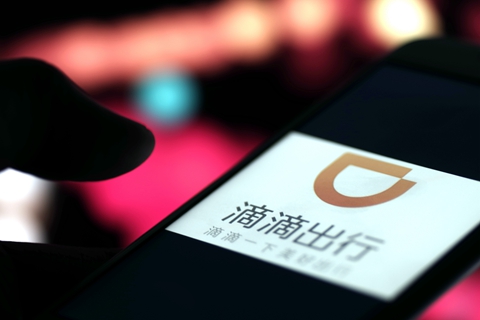 Driving automation ranges from level one to level five, in which no driver would be needed at all. The vehicles to be developed by the joint venture will be level three, meaning the vehicles could take full control under certain operating conditions, sources told Caixin. The vehicles will be ready for mass production by 2020, the sources said.

“Didi Chuxing and Chehejia will jointly operate and develop ride-sharing platforms and gather data related to autonomous driving and smart transport business,” said a person close to the new venture.

Didi Chuxing holds a 51% stake in the new venture while Chehejia owns the remaining 49%, sources close to the two companies told Caixin. No financial details of the partnership have been released.

The deal isn’t Didi Chuxing’s first move into car making. It signed a strategic partnership with traditional carmaker BAIC Motor in early March that includes electric car operation and car production. But the venture with Chehejia is its first partnership with a startup EV manufacturer.

The company has stepped up its expansion into emerging sectors such as electric cars and autonomous driving.

In December, Didi Chuxing raised $4 billion in its latest round of financing, which valued the company at around $56 billion. Didi Chuxing said it would use the proceeds to boost its artificial intelligence capacity, new-energy vehicle service networks and overseas expansion.

Cheng Wei, CEO and founder of Didi Chuxing, said the company will partner with Chehejia to invest heavily in new energy vehicles for ride-sharing services because new energy vehicles and smart driving technology are the new trends of the global automobile industry.

Beijing-based Chehejia was established in 2015 by Li Xiang, a well-known internet automobile service entrepreneur. The company is scheduled to unveil its first hybrid luxury SUV model in the second half this year and start production of the model in 2019.

Li said the automobile industry is undergoing a profound transformation and vehicles will increasingly be used for ride services rather than be privately owned.

Chehejia said it recently completed a B Series of fundraising of 3 billion yuan ($474 million) from a group of investors led by Matrix Partners China, Beijing Shougang Fund and Intime Retail Group. Sources told Caixin that Chehejia was valued at over $2 billion in the funding round.

Chehejia has raised over 5.7 billion yuan since being established.