Insurers Now Required to Disclose Who Controls Them 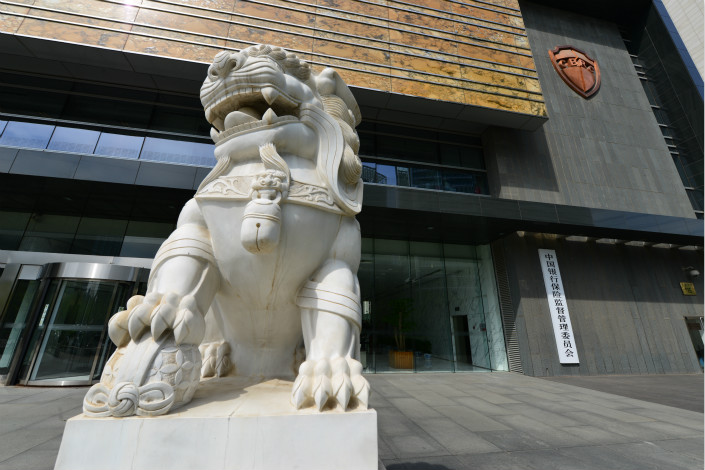 China’s insurance regulator will require insurers to disclose information on who actually controls them as part of a new set of industry rules that stress greater transparency.

The new disclosure rules come in the wake of a series of scandals over the past several years stemming from the industry’s opaque ownership structures and the sales of short-term investment products.

The new rules (link in Chinese), which take effect July 1, require insurers to disclose more detailed information about their ownership structures, major transactions, and risk management practices and products, according to guidelines released Thursday by the China Banking and Insurance Regulatory Commission.

Compared with an earlier version of guidelines (link in Chinese), published in 2010, the regulator now also requires insurers to disclose information on their actual controller and any shareholding information on shareholders with more than a 5% stake in the company.

Shareholder opacity has been a major source risk in the industry. Anbang Insurance Group, once China’s third-largest insurance provider by premiums, is a prime example. Behind the insurer’s seemingly dispersed shareholding structure were a series of complicated transactions among more than 100 companies, all linked to the company’s then-chairman, Wu Xiaohui. Last week, Wu was sentenced to 18 years in prison for fundraising fraud and embezzlement.

Anbang had funded its now-legendary expansion with funds raised from retail investors through short-term, high-yield investments known as universal life insurance policies. These policies have been a major target of regulators since late 2016 due to concerns that such short-term products allow insurers to raise huge amounts of cash quickly to fund investments in securities and real estate, leaving insurers at risk of a liquidity crunch.

In another example, real estate conglomerate Baoneng Group in late 2015 started secretly buying up shares in China Vanke, one of the country’s biggest real-estate developers. It subsequently launched a hostile takeover that led to a bitter months-long battle for control. Baoneng funded the investment through borrowing, including from the premium income of its subsidiary Foresea Life, which had raised large sums by selling universal life policies.

The new rules also for the first time demand that insurance companies report information on their liability reserves, including qualitative and quantitative information on the appraisal of reserves, future cash flows, actuarial assumptions and outcomes of models.

The insurance regulator have also required insurers to report on more types of risks they face, such as strategic risks, reputation risks and liquidity risks, in addition to operational risks, which were already required in the 2010 version of the disclosure rules.

Other new rules include a longer list of major events that must be disclosed, such as changes to where a company operates, single investment losses that account for more than 5% of net assets, single payout or payouts from the same event that account for more than 5% of the firm’s net assets, arbitration cases and lawsuits that result in payouts of more than 50 million yuan, as well as major share investments that change who is in control of the target company.

The disclosure rules also require insurers to provide a summary of any transactions with related parties, including an explanation on how prices are determined.