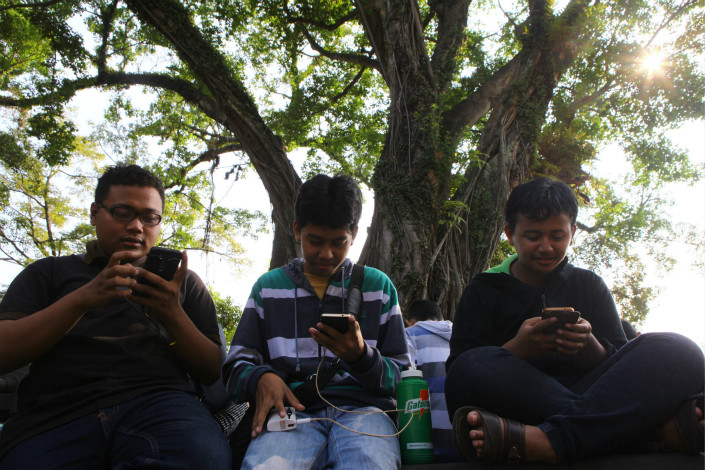 IPO candidate Xiaomi Inc. consolidated its position as India’s leading smartphone brand in the first quarter of 2018, while the struggling Lenovo dropped out of the fast-growing market’s top-five vendor list for the first time in four years, according to data-tracking firm IDC.

Xiaomi boosted its share of the India smartphone market to 30.3% in the first three months of 2018, up more than 3 percentage points from the previous quarter when it ousted South Korea’s Samsung to take the market’s crown, IDC said on Monday. The Chinese company has held up India as one of its biggest overseas success stories as it prepares to make what will likely become the world’s biggest public listing by a high-tech company since Alibaba’s record $25 billion IPO in 2014.

The company’s continued success owes largely to popularity of its low-cost Redmi models, as well as expansion into more offline channels as it broadens beyond its original online-only sales model, IDC said.

“Xiaomi is in a unique position with a diversified channel approach and strong demand in each of the channels,” said IDC analyst Jaipal Singh.

The overall India smartphone market grew 11% during the first three months of the year to 30 million units shipped. That contrasted strongly with China, the world’s largest smartphone market, where sales tumbled 16% in the first quarter as saturation accelerated after years of breakneck growth.

Samsung continued as India’s No. 2 player during the quarter, as its share of the market rose nearly 1 percentage point to 25.1%, according to IDC. Chinese players Oppo and Vivo took third and fourth places during the quarter with 7.4% and 6.7% share, respectively. Meantime, fellow Chinese smartphone maker Transsion broke into the top five by taking the No. 5 position, bumping out a fading Lenovo, which has failed to find a long-term smartphone strategy.

It was the first time in four years that Lenovo was absent as one of India’s top five smartphone makers, reflecting the company’s broader woes in the space. Its disappearance from the India leader board came just a week after the company was booted from Hong Kong’s benchmark Hang Seng Index after its stock lost more than two-thirds of its value over the last three years on its sagging fortunes.

India has emerged over the last three years as a major battleground for Chinese brands, which are moving into developing countries in search of growth outside their intensely competitive home market. Many of those brands have built local production facilities, but they and their partners could soon feel pressure after India recently raised import duties on some of their key components, including printed circuit boards, camera modules and connectors, said IDC analyst Upasana Joshi.

“As companies continue to reel under margin pressure due to rising custom duty and raw material prices, retailers and distributors in the offline channel fear a cut in their commissions to absorb the impact of price hikes,” Joshi said. “Having said that, these partners will have to chalk out a way to mitigate some of the additional burden through special offers or schemes to the end buyer.”