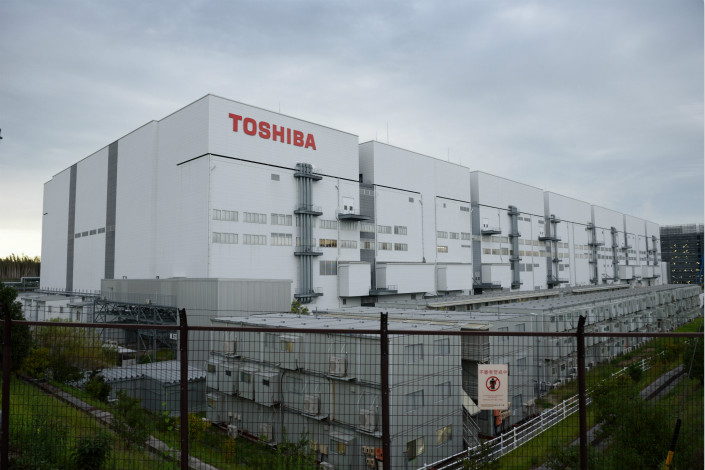 China’s anti-trust regulator has approved the $18 billion sale of Toshiba Corp.’s semiconductor chip business to a U.S.-led consortium, clearing the way for closure of a deal that has dragged on for nearly a year due to failure to get such clearance.

The move follows Beijing’s similar clearance for another major U.S. microchip deal earlier this week, after earlier reports that Beijing had halted such reviews to express its displeasure over recent trade tensions with Washington. Lack of approval from major markets like China, the U.S. or Japan can cause major losses for both sides as such deals remain in limbo.

The buyer group, led by U.S. private equity firm Bain Capital, said it received clearance from China’s anti-trust regulator on Thursday for its purchase of Toshiba Memory Corp., according to a statement on its website.

“All anti-trust approvals have now been received and we are looking forward to closing this investment,” it said. “This transaction will help ensure a competitive global semiconductor market and protect the supply chain from potential disruption.”

In a separate statement, Toshiba also confirmed the approval and said it expects the deal to close on June 1.

Bain first announced its plan to buy Toshiba’s chip unit last September, in a deal that was part of a broader consolidation of the fragmented global semiconductor industry. The deal had faced an initial closing deadline at the end of March, but the two sides agreed to extend the date after China failed to provide its approval by then.

Foreign media had reported the deal was one of several that had been put on hold to show Beijing’s displeasure over trade tensions this year with Washington. Those tensions have seen Washington threaten protective tariffs against Chinese imports as it seeks a more balance trade relationship, prompting Beijing to respond with retaliatory moves.

But those tensions appeared to be easing as the two sides conducted a second round of high-level trade talks this week in Washington. Earlier this week, China approved another chip deal first announced in March that would see U.S. firm Microchip Technology Inc. purchase Microsemi Corp. for $8.3 billion. That deal still requires approval from Taiwan.

A much larger deal that would see U.S. telecom chip giant Qualcomm purchase Dutch firm NXP Semiconductors for $44 billion is still on hold pending Chinese approval. That deal was first announced in October 2016. Last month China’s regulator said it would review the deal in a fair and transparent manner, after asking Qualcomm to resubmit its proposal to address some of the agency’s concerns.