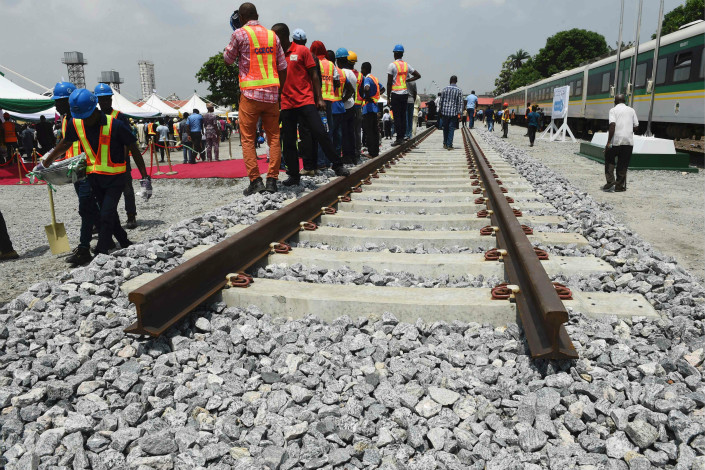 Nigeria has awarded a $6.7 billion contract to the Chinese state rail builder to construct a segment of a major railway project that has been years in the making, marking another Beijing milestone in its new infrastructure venture in Africa.

The contract was signed by a unit of China Railway Construction Corp. and Nigeria’s Transport Ministry, the Chinese builder said in a statement (link in Chinese) on Thursday.

The construction of the Ibadan-Kaduna segment is expected to be complete within 48 months. Upon completion, it will conclude the Lagos-Kano rail modernization project, which links the commercial capital of Lagos with Kano, the largest city in northern Nigeria.

The modernization project spans 1,315 kilometers (817 miles). It started in 2006 and was later broken into various segments for implementation in 2008.

Beijing has ramped up its presence over the last few years on the African continent, where nations have rushed to sign infrastructure contracts with China under its Belt and Road Initiative.

The Belt and Road aims to link China to other parts of the developing world, including Europe, Southeast Asia and Africa, through its ambitious infrastructure and trade program.

Another signature project is in Kenya, where China has successfully built a rail line to link the port of Mombasa to Nairobi, the capital. The 480-kilometer railway was launched in June 2017.