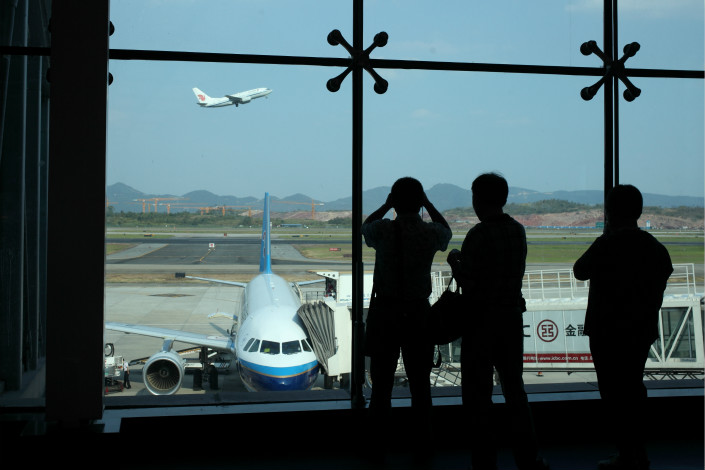 * Chinese airlines’ punctuality is expected to improve this year as country continues to impose departure limits at Beijing, Shanghai airports

(Beijing) — Flights in the world’s second-largest air travel market were delayed by an average of 24 minutes last year, a year-on-year increase of eight minutes, with the Chinese aviation watchdog arguing bad weather was the main culprit.

The CAAC attributed around half of the delays to bad weather conditions and 7.7% to air traffic control problems.

Demand for air travel has grown rapidly in China in the last few years, and the nation is likely to overtake the U.S. as the world’s largest market by passenger numbers by 2022, according to the International Air Transportation Association.

But delays have long been a problem, causing headaches for passengers and airlines.

China Eastern and China Southern ranked 19th and 18th on the list respectively, with on-time rates of 61.8% and 64.19% for the year. The three state-owned Chinese airlines account for 70% of the nation’s air market.

However, Chinese airlines’ punctuality is expected to improve this year as China continues to impose departure limits on two of the nation’s busiest airports to improve their on-time departure rates.

The policy had an immediate impact, with the national on-time departure rate hitting record levels of 84.59% and 88% in November and December, according to the CAAC.