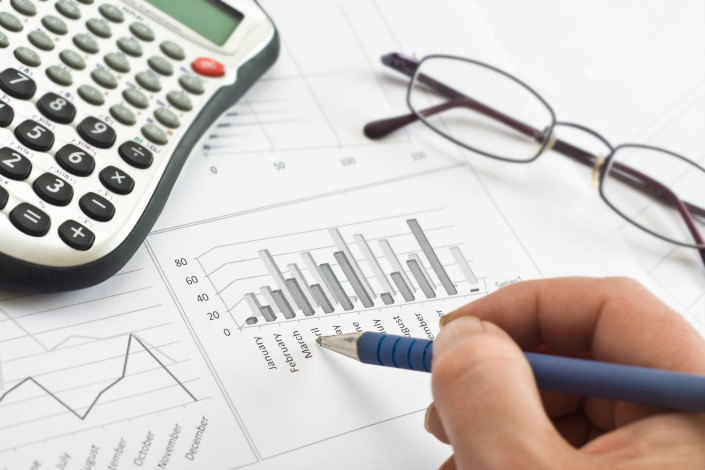 The risk-tackling blueprint has been in the works for two years, but has only been issued recently following a restructuring of China's financial watchdogs. Photo: VCG

*The authorities will impose draconian restrictions on investment by nonfinancial firms in financial institutions and increase scrutiny on the actual owners, shareholders and affiliated parties of financial companies

China has released a long-awaited blueprint for tackling risks in its sprawling financial system, singling out areas where potential failures could occur and vowing to maintain a tight grip on financial conglomerates and the shadow banking sector.

The country will “actively and steadily” prevent and allay “near- to medium-term” risks, according to the 13th five-year plan for the financial system seen by Caixin.

The document, covering 2016-2020, has been in the making since April 2016 by nine government agencies led by the People’s Bank of China (PBOC). But it was only issued recently after the restructuring of the financial regulatory framework, which resulted in the consolidation of the national banking and insurance regulators last month and the central bank taking on the role of drafting key regulations for the two industries.

The plan comes at a time when the Chinese government has listed fending off major risks, particularly financial risks, as its top priority and has stepped up measures to rein in the expansion of the shadow banking system as part of a campaign to deleverage the overall economy.

Financial regulators will push on with their crackdown on shadow banking, the plan said, which has thrived in an environment lacking proper oversight. The situation has led financial institutions to exploit regulatory gaps to invest in each other’s products, building opaque and complicated webs of interconnected investments.

The goal is to impose regulations on all online and offline asset management businesses in a way that “penetrates” these webs and zeros in on the true risks to the system. The regulators also want to implement an approval and registration system for “complicated financial products” and strengthen the monitoring of the problem.

The PBOC and China’s financial regulators published sweeping new rules late last month governing the country’s $16 trillion asset management industry, setting limits on various aspects of wealth management products, including their leverage ratios and the number of other asset management products they can invest in. The regulation seeks to break an implicit guarantee of repayment that has fueled risk-taking and the expectation that investors will always be bailed out.

The businesses of companies holding licenses to operate in different financial sectors will be subject to strict regulations, according to the document. In addition, their operations in areas outside their core businesses will come under stricter requirements for market access, capital, transaction transparency, and other matters.

It also reiterated that authorities will impose draconian restrictions on investment by nonfinancial firms in financial institutions and increase scrutiny on the actual owners, shareholders and affiliated parties of financial companies, partly to ensure funding comes from legal sources.

The Chinese government has been tightening control over financial firms including banks and insurers, to stop shareholders, particularly private conglomerates, from amassing hidden stakes and using them to influence operations in ways that could threaten the overall financial system.

In one of the most high-profile cases, Wu Xiaohui, former chairman of Anbang Insurance Group, admitted in court to illegally raising more than 720 billion yuan ($113 billion) by selling insurance products without government approval. He was sentenced to 18 years in prison earlier this month for fundraising fraud and embezzlement. The country’s insurance regulator has taken over the company and announced last month that a state-run bailout fund would inject 60.8 billion yuan into the company.

Other private conglomerates such as Fosun International and HNA Group have been criticized by regulators for undertaking highly leveraged investments overseas and have been forced to sell some of their assets.

Caixin has learned that the central bank has since December been pushing pilot regulations on several major financial holding companies, including Ant Financial Service Group, which is backed by e-commerce giant Alibaba Group Holding Ltd., to test new rules that may be applied industrywide later this year.