China’s Opening of Agriculture Sector to Have ‘Modest’ Benefits to U.S. Farmers 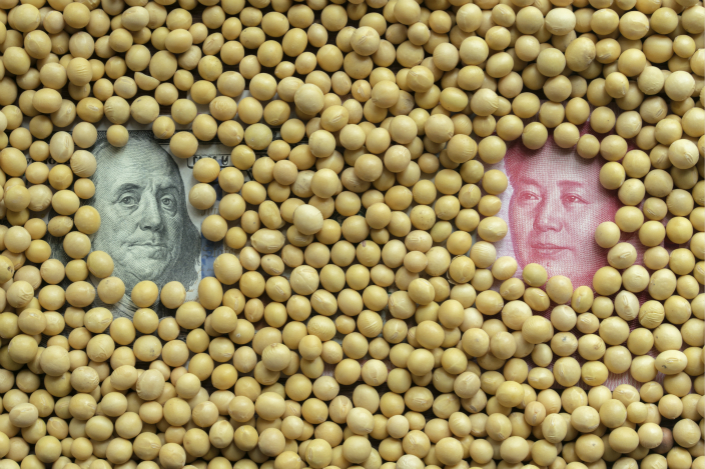 China is set to further open its agricultural sector as part of an agreement with the United States — but Chinese academics have cautioned that any increase in American imports is likely to be modest, as Chinese tariffs on agricultural goods are already low.

The countries agreed on “meaningful increases in United States agriculture and energy exports, and the United States will send a team to China to work out the details.”

The statement helped head off a looming trade war in which the two sides vowed to impose steep import tariffs, including Chinese levies on U.S. farm produce.

U.S. Treasury Secretary Steven Mnuchin, who negotiated the agreement with Chinese Vice Premier Liu He, told Fox News that the deal will help American agriculture exports to China jump by up to 40% this year.

But experts sought to downplay such optimism.

The Chinese market is already relatively open to American soybeans, for instance, which China imports in large quantities — receiving only a 3% tax, according to Professor Han Yijun, head of the Center for Agricultural Market at China Agricultural University in Beijing.

One area that U.S. farmers could benefit from is a relaxation of Chinese import quotas — though Beijing is unlikely to cede much ground on wheat and rice, two staples for the country’s grain security, according to Han. But corn, cotton and poultry could receive concessions, he said.

China is the world’s largest importer of agricultural goods, importing $24 billion worth of American farm produce last year — 19% of China’s total import of farm goods — according to a projection by Han’s center. That handed the United States an agricultural trade surplus of $16.4 billion last year.

Advanced technology and abundant arable land allow the U.S. to mass-produce goods at low costs. China could take advantage of those abundant imports to save its limited farmland for growing fruits and vegetables, he said.

China faces agricultural woes such as soil pollution and shortages of water for irrigation, and so it makes sense for it to import farm products from World Trade Organization member countries, including the United States, Han said.

But the pace of opening the sector must be managed so that it doesn’t put Chinese farmers’ livelihoods in jeopardy, he said. China should provide farmers with subsidies and proper training to focus on what they are particularly good at producing, such as vegetables, fruit and herbs, he said.