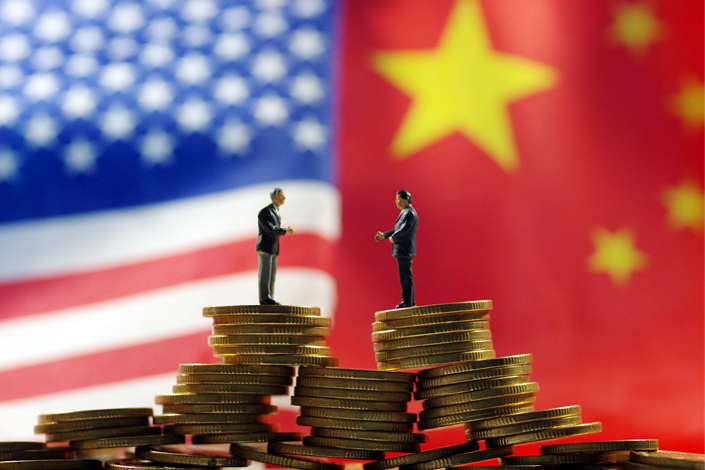 *Vice Premier Liu He and U.S. Treasury Secretary Steven Mnuchin both told the media that they had agreed to avoid a trade war, which analysts hailed a positive short-term development

*However, observers warned that tensions could return if measures to cut the trade imbalance are unsuccessful or if Washington wishes to extract further concessions

Trade tensions between China and the U.S. could become elevated again, despite the two governments’ significant deal to end tariff threats, as their dispute has deep roots and the bilateral imbalance is unlikely to narrow significantly by China simply increasing its imports from America, analysts said Monday.

China and the U.S. agreed to avoid a trade war and refrain from imposing protective tariffs on each other, Chinese Vice Premier Liu He told the media on Saturday in Washington D.C. after two days of talks with American negotiators. In an interview with Fox News Sunday, U.S. Treasury Secretary Steven Mnuchin also confirmed that the two sides “are putting the trade war on hold.”

Analysts hailed the agreement as a positive development for the two countries and the global economy in the short term. But they warned that trade tensions could return because any gains in U.S. exports could be offset by growing demand for Chinese goods created by Washington’s recent domestic stimulus measures. The tension could also intensify again because Washington may find the trade gap a convenient tool to use again and again in attempts to exact more concessions from Beijing and contain its rising economic clout.

“Not a peace treaty, but a temporary truce,” Larry Hu and Irene Wu, analysts with Macquarie Capital Ltd., wrote of the deal in a research note on Monday. “It is premature to completely rule out the risks of trade war.”

The administration of U.S. President Donald Trump previously threatened to impose tariffs on up to $150 billion of Chinese goods to punish the country over alleged unfair trade practices, such as theft of American companies’ intellectual property. The U.S. tariffs specifically targeted products benefitting from “Made in China 2025,” a blueprint announced in 2015 that aims to build the country into a global leader in advanced technology. China denied the accusations and published a tit-for-tat plan to impose its own tariffs on imports from the U.S., including on soybeans and aircraft, if the American duties were implemented.

But those threats were shelved with the announcement of the landmark deal over the weekend. According to a joint statement released by the two countries on Saturday, China agreed to “meaningful increases” in agricultural and energy imports from the U.S. and amending its laws and regulations to strengthen intellectual property protection. However, the statement stopped short of providing a quantitative target for the cut in the two countries’ trade imbalance.

Last year, the U.S. trade deficit with China stood at $375 billion, according to U.S. figures, and $276 billion, according to Chinese data. The big discrepancy owes to differences in how the two countries value goods, and also because China doesn’t include goods that ultimately travel to the U.S. via intermediary destinations like Hong Kong, according to a Congressional Research Service report issued last month.

In a first round of negotiations in Beijing earlier this month, the U.S. demanded that China reduce the trade gap by $200 billion by the end of 2020. Chinese officials dismissed that demand as “unfair.”

Some analysts are skeptical that the bilateral trade imbalance can be reduced by as much as the U.S. would like through simply increasing American exports to China. Some see Washington’s recent stimulus measures through tax cuts and increasing public investment as likely leading to increased imports, some of which would come from China.

“It is doubtful that (the) overall U.S. trade deficit can be reduced significantly in such a bilateral fashion as the country moves forward with fiscal stimulus,” UBS economist Wang Tao said in a report. She also cautioned that sharply raising imports from the U.S. could come at the cost of China’s purchases of goods from other nations, which “may affect global trade flows and multilateral trade relations.”

Mnuchin said openly in the Sunday interview that Trump “could always decide to put the tariffs back on if China doesn’t go through with their commitments.”

While refusing to disclose specific goals for cutting the U.S. trade deficit, he revealed that the U.S. was expecting a 35%-40% increase in agriculture exports to China “this year alone.” He added the U.S. also expects a doubling of its energy sales to the country, with up to $60 billion worth of shipments over the next 3-5 years.

The U.S. exported $18.1 billion of agricultural products, about two-thirds of that from soybeans, and $8.6 billion of energy, about half of that from crude oil, to China last year, Liu Liu and Liang Hong of China International Capital Corp. Ltd. (CICC) said in a report, citing U.S. statistics. According to Chinese figures, the country imported $21 billion of agricultural products and $7.2 billion of energy from the U.S. in 2017, accounting for 20% and 2.9% of China’s total imports of the goods, respectively.

Lack of precision in the latest deal could also become a future point of contention, as “tons of details” are still to be ironed out, said Macquarie Capital’s Hu and Wu. The joint statement also failed to include key issues such as the Made in China 2025 strategy or a resolution of U.S. sanctions on Chinese technology company ZTE, which has been banned from buying components from American suppliers for selling its products to Iran, they said.

Moreover, “trade imbalances could be a strategic weapon used by the U.S. toward China,” they added, comparing that tactic to an annual review the U.S. conducted before renewing preferential most-favored-nation trade status for China in the 1990s.

Bilateral tensions could also resurface because the root cause of the problem goes beyond simple trade to more strategic issues such as China’s rapid economic catch-up with the U.S., a slowdown in global growth, and the worsening of wealth inequality in many countries, CICC’s Liu and Liang pointed out.

“As China’s GDP (gross domestic product) continues to grow relative to that of the U.S., trade friction may emerge again,” they said.