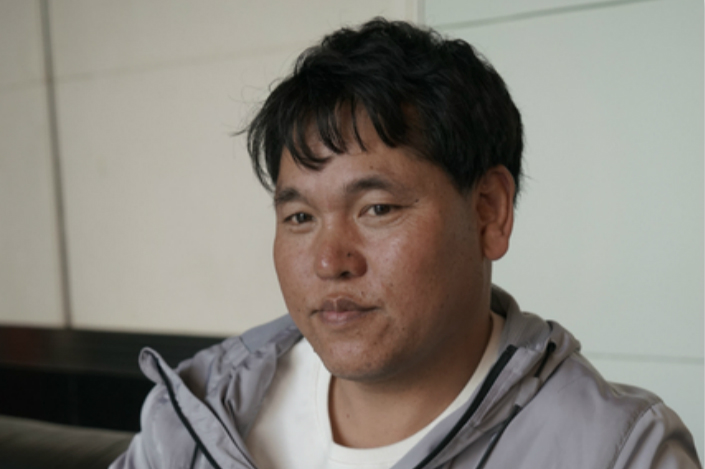 The 25 years that Liu Zhonglin spent behind bars is the longest known imprisonment for a wrongful conviction in China. Photo: Cai Yingli/Caixin

A man who says he was tortured by police and then imprisoned for 25 years before having his conviction overturned is asking the Chinese government for 16.7 million yuan ($2.62 million) in compensation.

The case is the latest in a raft of wrongful convictions uncovered in recent years in China, and critics say the known total represents only a fraction of all such cases.

Liu Zhonglin, a 50-year old farmer in the northeastern province of Jilin, was arrested in 1990 on suspicion of killing a woman whose body was found in a river in the province’s Dongliao county.

Liu told Caixin that police tortured him during the 11 days of interrogation that ensued. His interrogators whipped him and stuck toothpicks through his fingernails in an effort to force him to confess, he claims.

He also said he was chained to shackles weighing as much as 15 kilograms (33 pounds).

The torture resulted in one of his toes being broken, and it developed an infection so severe that he had to have his lower right leg amputated, he said.

Liu eventually pleaded guilty, and he was sentenced to death with a two-year reprieve, court documents show.

The sentence was later commuted and he was released in January 2016 after more than 25 years — the longest known imprisonment resulting from a wrongful conviction in China.

In 2018, Liu was cleared of the murder conviction after a protracted retrial in the Jilin High People’s Court. The court did not acknowledge the alleged torture.

He is now asking for 7.87 million yuan in compensation, triple the amount directed by law, for the 9,218 days he spent behind bars, according to Liu’s lawyer, Qu Zhenhong. Liu is also demanding 8.8 million yuan in compensation for mental trauma, medical bills linked to his treatment for depression and other illnesses, and money he spent petitioning authorities for a retrial.

Under China’s State Compensation Law, those exonerated of criminal charges are entitled to roughly 285 yuan for each day of wrongful imprisonment, equivalent to the daily wage of an “average worker” in China’s nonprivate sector.

“It’s not fair for people to be locked up for 24 hours due to injustice at the hands of police and judicial authorities, and only get compensated for as little as an eight-hour shift,” Qu said.

The decision on his compensation request will likely be made in July.