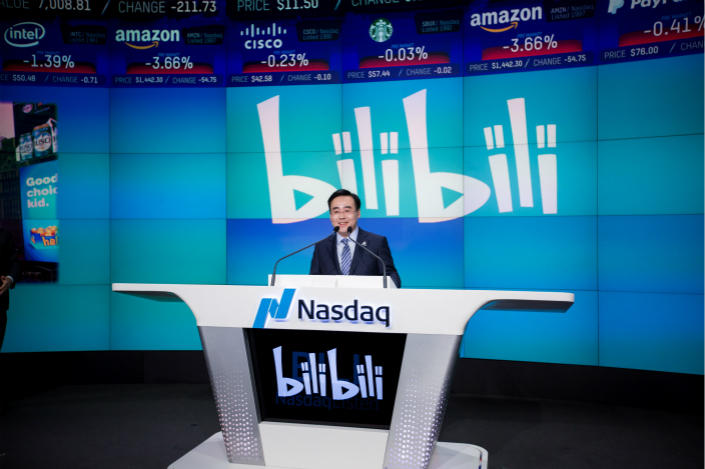 Bilibili shares fell 5.3% in regular trading before it released the report, but made back all those losses and slightly more in after-hours trade. Even before the after-hours bounce, the stock was about 8% above the IPO price. The company raised $483 million and became one of China’s first listed online video sites in late March.

The company posted revenue of 868 million yuan ($136 million) in the three months ending March, while net losses narrowed to 57.8 million yuan from 67.4 million in the same period in 2017.

Founded in 2009, Bilibili is famous in China for letting viewers comment on videos in real time, with comments streaming by on the screens of other viewers in a format known as “bullet chatting.”

Bilibili says its major user group is “Generation Z” — those born between 1990 and 2009 — which accounts for more than 80% of its 77.5 million monthly active users.

“As a premier entertainment platform serving young generations in China, … we believe we are uniquely positioned to capture the future of the online entertainment market in China,” said Bilibili Chairman and CEO Rui Chen.

The company predicted its revenue will continue to grow to between 970 million yuan and 1 billion yuan in the second quarter.

The Shanghai-based company is one of a number of Chinese online video sites that recently floated shares in the U.S.