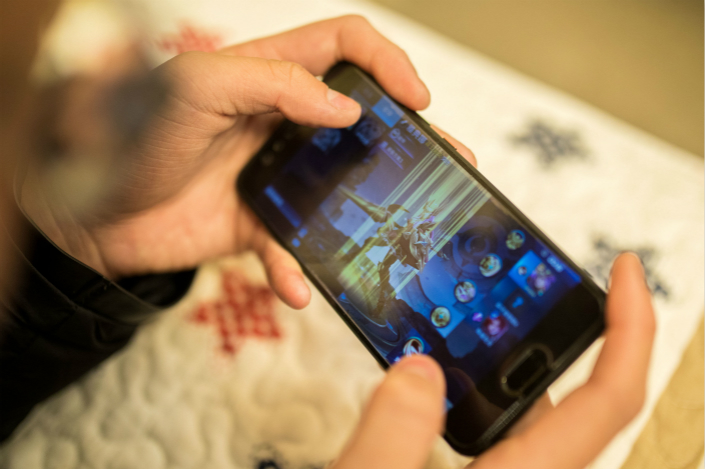 China’s biggest mobile-game publisher is seeking to refloat its shares in Hong Kong, two years after it delisted from the New York-based Nasdaq Stock Market.

The Shenzhen-based company didn’t reveal the amount of shares to issue and how much it will raise, but said the funding will be used for business expansion, including acquiring intellectual properties to expand its gaming portfolios and to ramp up efforts in research and development.

Founded in 2011, iDreamSky claimed to be China’s largest mobile-game publisher, with monthly active users hitting nearly 125 million as of the fourth quarter of last year. The company is famous mostly for operating third-party games for Chinese players while also boasting international hit titles such as “Angry Birds” and “Fruit Ninja.”

In 2014, iDreamSky was listed in the U.S. to raise $115.5 million, giving it a valuation of $615 million at the time. The firm was privatized and delisted two years later.

It was one of several dozen Chinese companies to privatize from New York during a wave of delistings that peaked in 2015, spurred by American investors’ lack of interest in the stocks. Many of the companies that delisted aimed to relist on the Chinese mainland or in Hong Kong, where their names are better known and valuations are generally higher.

Internet giant Tencent Holdings Ltd. is now the firm’s largest shareholder, with a stake of 20.65%. Other investors include company founder and CEO Chen Xiangyu, who owns 21.25%, and Chief Technology Officer Guan Song, who has 4.12%.

The company also counts many institutional investors as shareholders, including IDE Investment and Prometheus Capital, which is founded by Wang Sicong, son of real estate tycoon Wang Jianlin.

Gaming has been iDreamSky’s key business, but it also increasingly pays more attention to other services, especially online advertisement, which made up 12% of its total revenues last year.