HKUST to Set up New Campus in Guangzhou 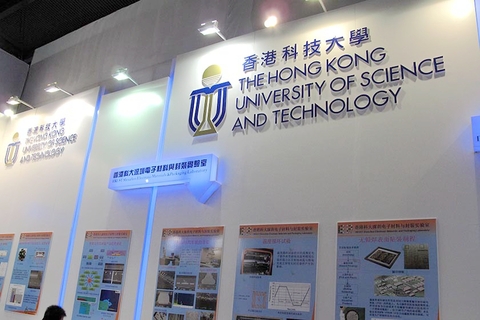 The Hong Kong University of Science and Technology plans to open a new campus in the Nansha Free Trade Zone of Guangzhou. Photo: VCG

Guangdong and Hong Kong are moving toward closer academic links as the central government works on a strategic plan to empower regional growth by promoting integration and innovation.

The Hong Kong University of Science and Technology (HKUST), one of the city’s top research institutions, plans to build a new campus in a suburb of Guangzhou, the capital of Guangdong province which neighbors Hong Kong, the university confirmed Monday with Caixin.

The planned campus is likely to be built in the Nansha Free Trade Zone, near the Qingsheng station of the high-speed rail line linking Guangzhou, Shenzhen and Hong Kong. The rail line, set to start operation later this year, is a key infrastructure project designed to improve connections between Guangdong and Hong Kong.

The new campus will coordinate with the headquarters and supplement the university’s research and educational capacity to benefit cities in the Greater Bay Area, Clear Water Bay-based HKUST told Caixin.

The university’s plan comes as Beijing pursues an ambitious project to develop the area around the Pearl River Delta, known as the Greater Bay Area, by integrating neighboring Hong Kong and Macau into a world-class city cluster. The area is expected to become a growth locomotive with GDP exceeding $4.62 trillion by 2030, fueled by high-tech, innovation and advanced manufacturing, rivaling famous bay areas in Tokyo, New York and San Francisco, analysts say.

A central government plan to develop the Greater Bay Area is set to be released by the end of May. It will outline the roadmap for the region to promote cooperation and enhance connectivity, capital and talent flow.

The integration of education and academic resources has been a topic for discussions about the Greater Bay Area development as cities in the area have sought to expand the local technology capability and talent reservoir to drive future growth.