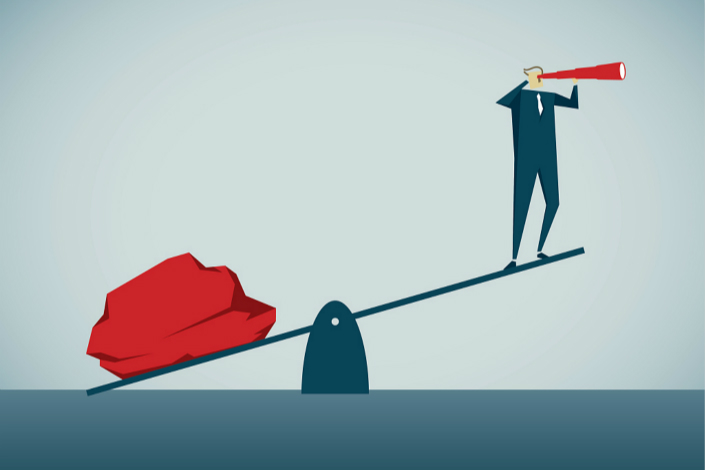 If you had been able to reliably pick the key global macro variable from 2012 to 2016, China’s leverage cycle would have been your choice. The incredibly tight link between the leverage cycle and China’s growth cycle, emerging markets’ (EMs’) exports, global growth and commodity prices meant that it would have accurately predicted the direction of almost all other global macro variables that mattered, with about six months’ lead time.

That link has now been broken. China’s tightening has not had a material impact on the growth cycle either in China or globally, even though overall debt growth began to slow about six quarters ago. As deleveraging and adjustment headwinds recede, the recoveries in domestic demand in both DMs and EMs have emerged as additional global growth engines.

Why hasn’t the tightening in China had a material impact on its growth trajectory? We see two reasons:

First, the pace of tightening is gradual and flexible in this cycle. Over the past 24 months, tightening in China has been slower than in 2013-15, and the pace of future tightening isn’t on autopilot. Policy flexibility is apparent in the recent cuts to reserve requirement ratios and the extended time frame for implementing tighter regulations. What’s more, the bulk of the tightening cycle may well be behind us.

Second, tightening in China is countercyclical this time: As policymakers in a highly leveraged economy attempt to tighten and slow credit growth, domestic demand should weaken. In China’s case, this usually raises worries of a hard landing, as it did in 2013-15 when policymakers tightened pro-cyclically against a backdrop of weak growth in exports. However, with strong global demand now buoying exports, today’s tightening is countercyclical. While policymakers continue to pare back stimulus in the infrastructure and real estate sectors, net exports, private investment and consumption are providing offsets, helping to support overall growth momentum. Indeed, on Morgan Stanley estimates, from 2016 to 2018, the contribution of net exports to gross domestic product (GDP) growth has swung by 120 base points (from being a drag to a boost), offsetting the decline in contribution from investment.

Given the importance of external demand to China’s outlook, investors have been concerned by rising protectionist risks. Our long-standing view (which has been reaffirmed by recent developments) has been that the U.S. and China will eventually negotiate a deal that brings about a gradual and non-disruptive adjustment in their trade relationship. This should limit the impact of trade frictions on economic growth. Furthermore, we expect the global trade cycle to stay buoyant, sustained by strong global demand.

From a broader perspective, while the global economic cycle is maturing, we think it still has room to run. Growth trends elsewhere in the global economy are also likely to stay supportive, keeping global growth supported at an above-trend pace of 3.8% over the second half of this year and 2019. Our positive view on the cycle is informed by two key observations. First, capex and productivity have improved recently after a prolonged phase of post-crisis weakness. The capex cycle is not stretched as yet, given that the recovery in global investment is in its sixth quarter and investment/GDP ratios are below previous cycle peaks. This should sustain the improvement in productivity growth and mitigate overheating concerns. Second, there are no major signs of misallocation across DMs and EMs yet, except in some segments of the U.S. private sector.

Against this supportive global growth environment, policymakers in China should be able to continue with the counter-cyclical policy tightening. The slowdown in China is expected to be moderate, with growth projected to stay healthy at 6.6% in 2018 and China will continue to account for about one-third of global growth in 2018. The combination of policy tightening and continued supply-side reforms will bring about a continued improvement in China’s debt dynamic. Indeed, its debt-to-GDP ratio looks to be on track to stabilize by the second half of 2019. We therefore remain confident about China’s macro outlook — a stance we have held since last February, when we laid out our constructive thesis in the Blue Paper report titled “Why we are bullish on China.”

Chetan Ahya is the chief economist and global head of economics of Morgan Stanley.