Volkswagen Ramps Up Production With Three New Factories in China 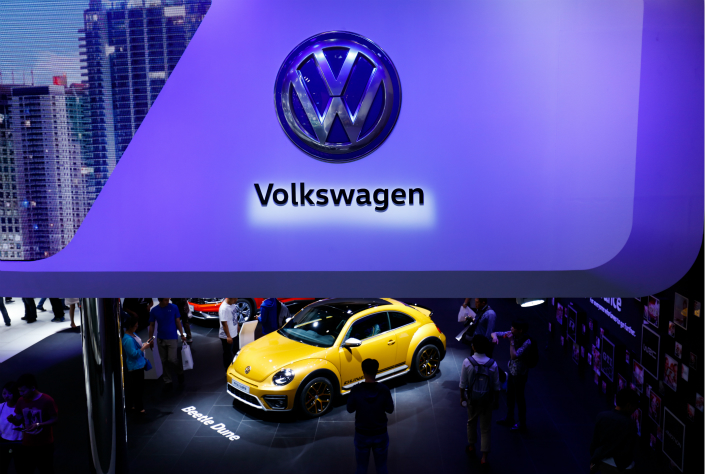 A Volkswagen Beetle Dune on display at Auto China 2016 in Beijing. Photo: IC

Volkswagen Group is opening three new factories in China with its Chinese partner FAW Group, as the German carmaker aims to deliver up to 1.5 million new-energy vehicles to the market annually by 2025.

The three facilities are located in Tianjin, a port city that borders Beijing; Foshan, in Guangdong province; and Qingdao, Shandong province. They will focus on manufacturing SUVs and electric cars, Volkswagen said in a statement Monday.

The passenger-car factory in Foshan is expected to start production in June, while the Tianjin plant will be ready to go into operation in August, according to Volkswagen. The Qingdao plant was opened on Monday.

“Chinese consumers today are demonstrating strong demand for smart, sustainable electric vehicles as well as fun-to-drive, spacious SUVs,” said Herbert Diess, president and CEO of Volkswagen Group China. “Volkswagen is committed to the China market, and we will continue to provide high-quality products.”

The move partly reflects the company’s efforts to meet Beijing’s industrial quota policy, which mandates that all automakers in China have to produce a certain number of new-energy vehicles as of next year.

Volkswagen said it will release 40 such car models over the next seven to eight years in China, while delivering up to 1.5 million units annually by 2025.

The automaker reported record first-quarter sales in China this year, with SUVs being a strong contributor to growth.

During the three months ended March, its total sales hit over 1 million units, a 13.4% rise year-on-year, with SUV sales jumping over 37%.

Additionally, the automaker said it and its partners will spend around 15 billion euros ($17.5 billion) in China through 2022 to ramp up investments in areas that include autonomous driving and other technological services.