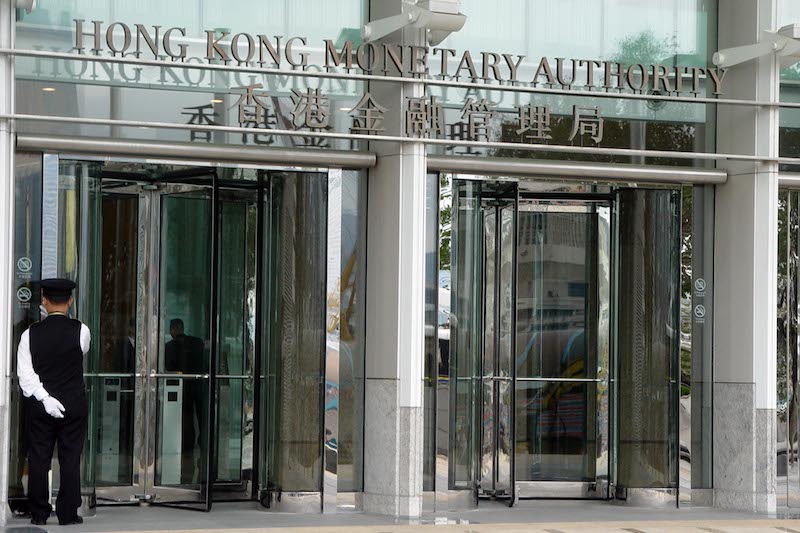 Hong Kong’s monetary authority is moving to issue its first batch of virtual bank licenses as soon as the end of this year in a push to tap into smart banking and fintech expansion.

The Hong Kong Monetary Authority, the special administrative region’s de facto central bank, said Wednesday it will accept applications for online-only banks until Aug. 31. So far, more than 50 companies from around the world have expressed interest in applying, according to the HKMA.

The first licenses are expected to be issued by the end of 2018 or the first quarter of next year, HKMA Deputy Chief Executive Arthur Yuen Kwok-hang said.

The 50 potential applicants include traditional banks, internet companies and online financial service providers from Hong Kong, the mainland and overseas, Yuen told reporters at a news briefing. Some of the companies have been operating online banking services in China or overseas, Yuen said.

WeBank, the online banking unit of China’s social media giant Tencent Holdings, was also reportedly interested in the Hong Kong business. But a person close to WeBank said the company, launched in late 2014, currently doesn’t have plan to set up business outside the mainland.

The HKMA issued guidelines Wednesday for virtual banking businesses, following a one-month comment period on its proposal for the new business announced in February.

Under to the guidelines, a newly established virtual bank will need to have at least HK$300 million ($38.2 million) in capital and set up at least one physical office in Hong Kong. The HKMA required virtual banks to scrap any minimum account balance or low balance charge to provide inclusive financial services to the public. Applicants seeking to set up virtual banks in Hong Kong should also submit a plan for possible exit, according the guidelines.

HKMA will evaluate applicants’ financial and technological capabilities, as well as the viability of their business plans in the review for the license.

Yuen said the authority didn’t set a quota for the license issuance, and neither will it set any business targets for the new business.