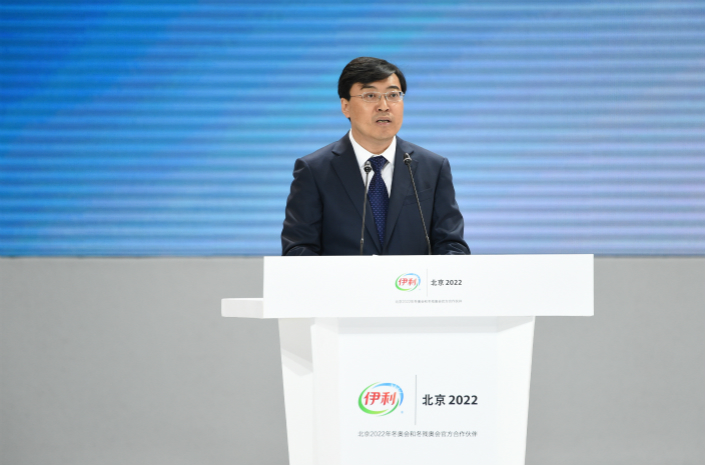 Pan Gang had not been seen publicly for months, and rumors of his whereabouts had been a source of significant recent speculation and negative press.

But after his appearance Thursday in Hohhot, capital of the Inner Mongolia autonomous region, Yili’s share price closed at 31.03 yuan, its highest level since mid-March.

In January, Pan had appeared at Harvard University in the U.S. state of Massachusetts, where he gave a lecture at a training session for agriculture corporation executives. But two months later, bloggers published articles saying authorities had taken him away to assist with an investigation, implying that he was being investigated himself for corruption or other financial crimes.

Yili denied the rumors but provided no details on his whereabouts. The bloggers themselves were subsequently arrested for publishing the articles.

On March 26, rumors about his situation led to a 13.2 billion yuan ($2.06 billion) one-day decline in the Shanghai-listed company’s market value.

Then in early April, after Pan failed to attend the annual Boao Forum for Asia Annual Conference in South China’s Hainan province, Yili said that Pan was being treated overseas for a heart condition, but that he was doing his work normally.

Police said Pan had been abroad since Sept. 5, according to the official People’s Daily.

Yili is China’s top dairy-maker by revenue, and saw its profit increase 21% to 2.1 billion yuan in the first quarter of this year. Revenue rose by 24% to 19.6 billion yuan.