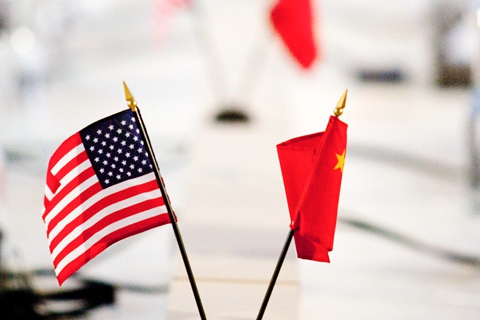 Trade talks between China and U.S. officials in Beijing over the weekend have achieved “positive and concrete” progress, the Chinese government said in a statement on Sunday, while warning that tariffs imposed by the U.S. could jeopardize any result through negotiation.

The Chinese team led by Vice Premier Liu He and the U.S. team lead by Secretary of Commerce Wilbur Ross had good communication on trade cooperation in agriculture, energy and other areas, though details of any agreement are yet to be finalized, the official Xinhua News Agency reported on Sunday.

China and the U.S. issued a joint statement in late May after a second round of trade talks, in which China had agreed to “substantially” reduce its large trade surplus with the U.S., particularly by importing more American agricultural and energy goods. But the easing of tensions was jolted by U.S. President Donald Trump’s vow to revive threatened tariffs on $50 billion worth of imports from China.

China has been slashing tariffs on automobiles and other consumer goods in the past few weeks, and making it easier for foreign financial services companies to access Chinese markets.

“To meet the people’s ever-growing needs for a better life and the requirements of high-quality economic development, China is willing to increase imports from other countries, including the United States, which will benefit people of both countries and the rest of the world,” the statement from the Chinese government noted on Sunday.

While reiterating that reform and opening-up as well as expanding domestic demand are China's national strategies, it emphasized that China will move ahead at its own pace.