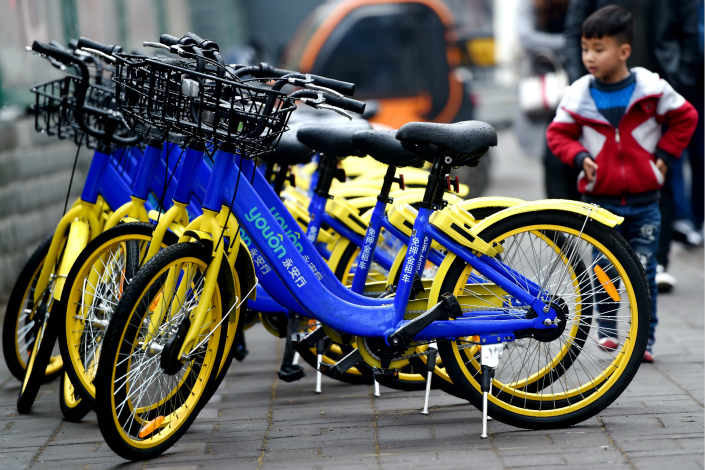 One of China’s largest bike-sharing startups has secured a 1.9 billion yuan ($296 million) investment from a unit of e-commerce juggernaut Alibaba Group Holding Ltd., which values the company at around $1.47 billion.

“In recent years, the shared-bike sector has attracted dozens of players,” the filing said. “But cutthroat market competition also means that prolonged investment is needed as profitability for the industry won’t be possible in the near and medium term.”

After the deal, an Ant Financial wholly owned unit — Shanghai Yunxin Venture Capital Management Co. — will have a 36.7% stake in Jiangsu Youon, an increase from 27.6%, while the parent company’s share will go down to 8.8%.

Shanghai Yunxin has been Jiangsu Youon’s largest shareholder since December, when it led in a $350 million fundraising round.

The Jiangsu province-based Youon, whose main business is selling and managing bike-rental systems for local governments in smaller cities, has since 2016 muscled into the private bike-sharing market where consumers can just scan a barcode and ride for 30 minutes for around 1 yuan.

Jiangsu Youon acquired rival Hellobike in October. It then raised $150 million in December from a consortium led by Chinese conglomerate Fosun Group.

The concept of bike-sharing, which provides solutions to the “last mile” transportation problem, has widely been welcomed by the public, but major operators are still struggling to find a sustainable and profitable business model.

Ofo, which had 1,500 employees at its peak, is in a liquidity crisis and has recently made massive layoffs, according to local media.