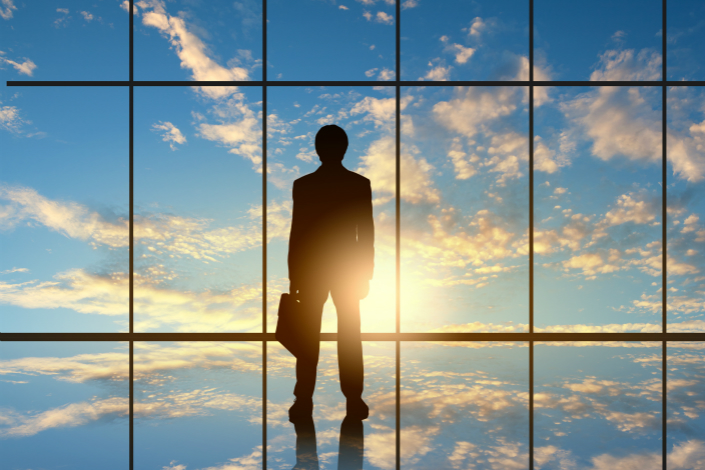 The China Banking and Insurance Regulatory Commission has said that filling leadership roles at financial institutions with those who served on the regulator helps prevent and resolve financial risks. Photo: VCG

China’s banking and insurance regulator has said that a spate of regulators moving into positions at financial institutions — despite recent rules to clamp down on the practice — reflects recruitment needs.

“Recent moves by cadres from the banking and insurance regulator to positions at financial institutions reflects the need to integrate the principle of cadres being administered by the party and marketization of recruitment needs,” a representative from the China Banking and Insurance Regulatory Commission (CBIRC) told the China Securities Journal, one of three flagship financial newspapers under the official Xinhua News Agency.

The “the principle of cadres being administered by the party” refers to Communist Party committees’ role in personnel arrangements.

Filling leadership roles at financial institutions with such personnel, including cadres who possess rich supervisory experience, meets the need to prevent and resolve financial risks, the CBIRC representative said.

Caixin learned on May 30 that Chen Qiong, deputy secretary of the Discipline Inspection Commission and director of the Inspection Office at the CBIRC, will assume a new role as vice secretary of the Communist Party committee at Minsheng Bank. Chen may eventually assume the role of vice governor at the bank after completing administrative processes, Caixin learned. Days earlier, Deng Zhiyi was named director of China Orient Asset Management shortly after leaving his role as head of the trust department at China’s banking regulator.

Pilot rules released last year put tougher restrictions on the revolving door between regulators and those institutions that they regulate. For example, the rules that ban senior officials’ family members from working at, or having a more than 5% stake in, entities that the officials supervise have been expanded to include parents, siblings, and parents’ siblings, in addition to spouses and children.

The rules, issued by the banking regulator before it was merged with the insurance regulator to form the CBIRC, also blocked senior officials from taking jobs at financial institutions within three years of leaving their government posts.

China’s Civil Servant Law, enacted in 2006, has similar clauses barring regulatory officials from taking industry positions within certain periods. But in practice, there are still loopholes that make it possible to bypass the rules, several sources told Caixin earlier.

Those holding posts higher than a section chief at the CBIRC require approval from the party committee before they take up a position at a financial institution, according to the current rules.

Wu Hongyuran contributed to this article.