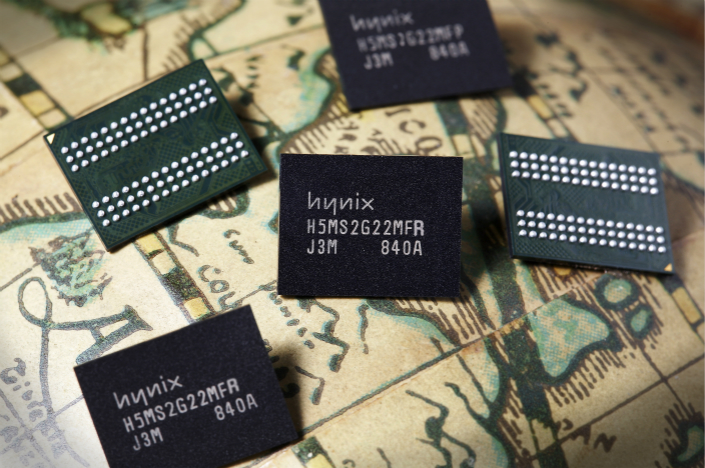 South Korea's SK Hynix Inc. told Caixin that it is cooperating with the authorities after a visit from anti-trust officials. Photo: VCG

Leading global memory-chip manufacturers Hynix and Micron have confirmed visits to their offices by Chinese antitrust regulators, as part of a probe targeting the pricing practices of major foreign chipmakers.

The visits came at a sensitive time, as the U.S. and China remain on the brink of a trade war after two days of talks in Beijing over the weekend ended with no announcement on a concrete agreement.

U.S.-based Micron Technology Corp. confirmed that officials from China’s antitrust regulator — the State Administration for Market Regulation — visited its China sales offices in Beijing on May 31 seeking certain information, and said the company is cooperating with Chinese officials.

SK Hynix Inc. told Caixin that it is cooperating with authorities after a similar visit, but did not elaborate. Samsung Electronics Co., the world’s largest memory-chip manufacturer, issued a statement confirming a similar visit, according to foreign media reports, though a local company representative could not confirm that. The Chinese regulator did not immediately respond to a request for comment.

The visits may have been sparked by concern about continued price increases for memory chips, a key component of smartphones, PCs and other computing devices, indicating there might be coordinated price elevation by some of the big players, according to industry website Jiweinet.

The recent visits resulted after some Chinese companies complained to the authorities, said Wang Yanhui, the secretary-general of the Mobile China Alliance, an industry association that has more than 30 mobile phone companies as members.

An analyst at chip industry consultant TrendForce previously told Caixin the probe currently appears focused on controlling a rise in memory chip prices over recent quarters. Such increases have squeezed Chinese companies, who are key manufacturers of many computing devices.

But at this point there were no signs of an anti-monopoly investigation, TrendForce added.

China’s State Administration for Market Regulation is a newly established antitrust regulator that assimilates antitrust and price supervision functions of the State Administration for Industry and Commerce, the National Development and Reform Commission (NDRC) and the Ministry of Commerce. The chip probe is the first major antitrust case it has launched since its establishment in March.

Chinese PC and cell phone producers are not the only ones who are feeling the pain. A class-action lawsuit filed in California in April accuses Micron, Samsung and Hynix of conspiring to artificially control their supply to keep chip prices high.

According to the complaint, the three companies controlled about 96% of the world’s DRAM supply in 2017.

China has become the largest importer of chip products. According to TrendForce, the nation consumes 20% of the world’s DRAM chips and 25% of its NAND chips, the two major memory types.

In December, China’s state planner met with Samsung on the price issues. That led to a memorandum of understanding signed in February, in which Samsung promised to increase its DRAM chip output, Reuters reported.