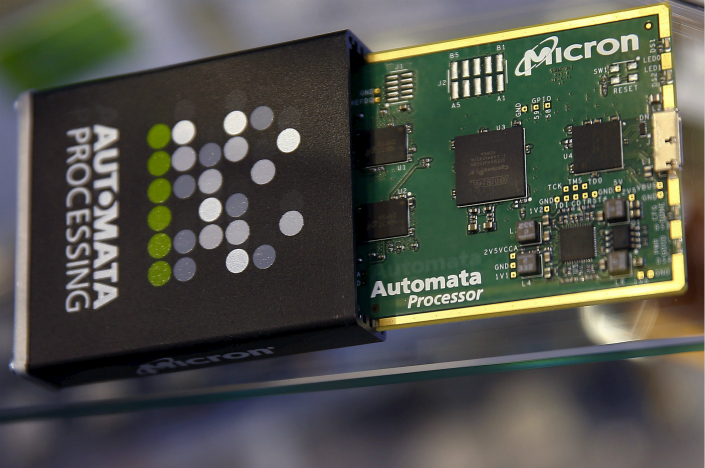 Recent discussions between Chinese regulators and the world’s three leading makers of memory chips could be aimed at reining in high prices, which are pressuring local producers of computers, smartphones and other devices that rely on the key component.

Such a probe would come as China attempts to build up its own semiconductor chip sector. The nation is the world’s largest consumer of such chips, which power everything from smartphones to microwave ovens, but must import the majority of those due to its own lack of technical ability.

Representatives of China’s Commerce Ministry’s anti-monopoly bureau met with employees of Micron Technology Inc. on May 24, semiconductor research house TrendForce wrote in a research note late in May, citing people inside the industry. The officials were concerned about high prices for a type of memory called DRAM, following recent rises that were pressuring contract manufacturers making PCs, TrendForce said.

A Micron official in China could not immediately be reached for comment, and a local Samsung spokesman also had no immediate comment.

TrendForce said that trio collectively controls about 95% of the global DRAM market, led by South Korea-based Samsung, with a 44.9% share in this year year’s first quarter. It was followed by South Korean rival Hynix with a 27.9% share, and U.S.-based Micron with 22.6%. China is the world’s largest importer of DRAM, consuming about a fifth of all such memory chips worldwide, TrendForce estimated. China also consumes of about a quarter of the world’s NAND, the other major type of memory product.

TrendForce said the talks for now appear to be aimed at controlling memory chip prices, including both NAND and DRAM. It added that at this stage there is no clear indication of an anti-monopoly investigation.

“Looking at these three rounds of discussions, besides addressing the oligopoly situation in the market … this shows that China wants to give more time to its own producers to make their own products,” a TrendForce analyst told Caixin. He added that China may pressure Hynix to step up the pace of production at a new factory in the city of Wuxi to relieve the situation.

To ease its reliance on imported microchips, China is in the process of a major build-out of its own microchip capacity. TrendForce estimated last year that at least 17 new microchip plants had been recently announced, with a total price tag of about $110 billion. But most of those factories, which will produce a wide array of chip types, won’t come online until later this year at earliest.