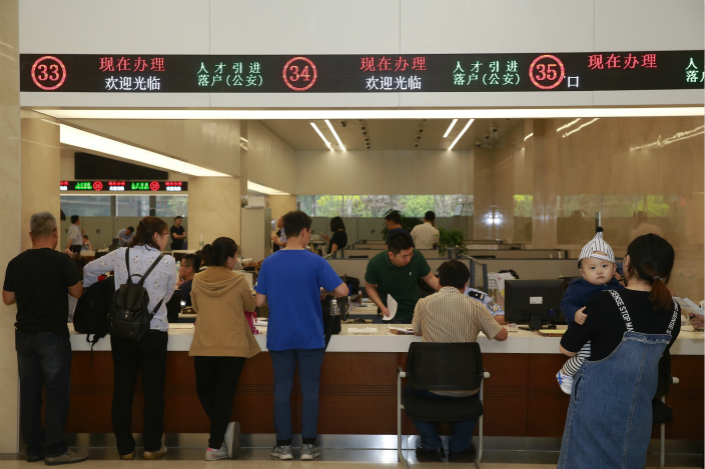 Competition among Chinese cities for talented individuals has heated up in recent years, as the country shifts toward a knowledge-based economy and grapples with a shrinking workforce.

On Tuesday, the government in the southern metropolis of Shenzhen unveiled an ambitious plan offering substantial housing subsidies to qualified white-collar workers. Other cities like Wuhan, Hangzhou, Chengdu and Nanjing have offered similar perks in the hope of attracting highly skilled migrants.

Shenzhen’s announcement came just after one of the more spectacular sorties in the talent war so far — a program launched by Tianjin that attracted so many applicants that it overwhelmed the city’s application system and forced the government to backtrack on some of its promises.

In addition to China’s economic transition and demographic changes, unequal development and allocation of resources across regions are major forces pushing its cities to fight for educated and skilled migrants, multiple academics told Caixin.

“The talent war is the inevitable result of an economy undergoing transformation, and will become the norm in the future,” said Cheng Jie, a population and labor economics researcher at the Chinese Academy of Social Sciences.

Tianjin, a coastal city just east of Beijing, is a typical example. In the late 19th century, the city became one of the most important industrial cities in China, a status it maintained for much of the 20th century. But as China transitions away from an economy focused on heavy industry and manufacturing, Tianjin faces falling growth rates. The city’s gross domestic product growth in 2017 was among the country’s lowest, at 3.6%.

In past decades, a large pool of low-skilled labor was sufficient for China’s development needs, but now high-end industries based on technology and knowledge are the key to success in the modern economy, Guan Xiping, dean of the social administration institute at Tianjin’s Nankai University, told Caixin.

As it began to see talent as the solution for its lackluster growth, Tianjin started implementing a number of measures to attract talent, starting with its 2000 policy offering special treatment to degree holders and entrepreneurs, including foreigners.

Then, on May 16 this year, the city announced that certain groups of highly educated and highly skilled people could now more easily apply for a Tianjin “hukou” — the household registration document that entitles migrants to a slew of local residency rights.

But Tianjin was caught off guard by the ferocity of the public’s response.

To understand the scale of this response, consider the number of new hukou applicants the city of Xi’an attracted in the entire six months before May 30: 45,000. Xi’an, the capital of Shaanxi province in China’s interior, had also relaxed its rules for highly-educated applicants, but was simply less attractive than Tianjin to migrants seeking a better life.

Despite its sluggish economic growth, Tianjin offers a number of advantages for migrants compared with Xi’an — better-funded public services, a location along China’s wealthier eastern coastal region, and easier access to prestigious universities.

After the overwhelming response, the Tianjin government began backtracking on some of its promises, introducing additional criteria for applicants, including excluding those who didn’t already have Tianjin-based employment.

Some of China’s most attractive cities, like Beijing and Shanghai, are even trying to trim their populations, through education and social welfare policies that exclude even white-collar migrants and through mass evictions of unskilled migrant laborers.

China must avoid a situation in which better-performing cities continue to grow stronger thanks to their attractiveness to skilled migrants, while poorer cities continue to do worse, Wang Yukai, a professor at the Chinese Academy of Governance, told Caixin. “The concentration of education and healthcare resources should be shifted downward toward large and medium-sized cities, so that overcrowding in Beijing and Shanghai can be alleviated,” Wang said.