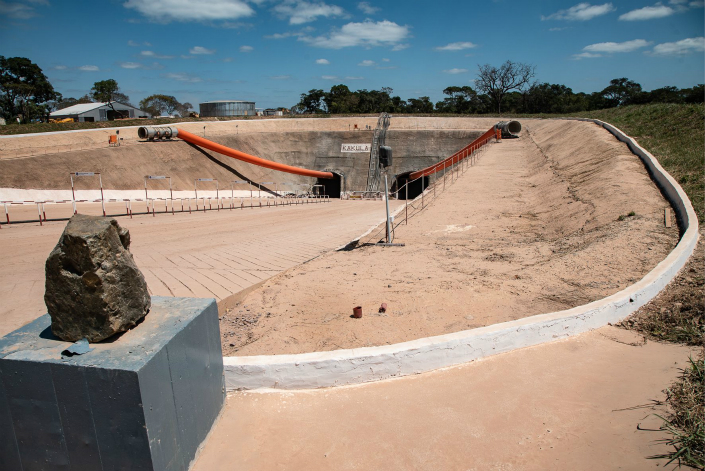 A mine exploiting the Kamoa-Kakula copper discovery in the Democratic Republic of Congo, which is operated by a joint venture which includes Canada's Ivanhoe Mines. Photo: VCG

State-owned Citic Metal Co. Ltd. is set to become the biggest shareholder in Canada’s Ivanhoe Mines, giving China access to some of the world’s richest copper reserves in sub-Saharan Africa.

Citic Metal will purchase a 19.9% stake in Ivanhoe for CAD$723 million ($556.9 million), becoming its largest shareholder. It will also provide a US$100 million interim loan, the Vancouver-based miner said in a statement.

Citic Metal said the investment was largely motivated by Ivanhoe’s development of strategic projects in southern Africa, including a platinum mine in South Africa’s Bushveld Complex, and the Kamoa-Kakula copper discovery in the Democratic Republic of Congo (DRC), which Ivanhoe reckons may be the world’s fourth-biggest copper reserve.

China has become a major investor in African mining in the last decade, initially to increase its access to raw materials to support of the government’s massive infrastructure development program. Chinese companies invested $31 billion in sub-Saharan mining ventures in the 10 years up to 2017, according to data from the American Enterprise Institute.

The slowdown in China’s economic growth and plummeting copper prices at the start of 2016 led analysts to predict the end of China’s mining investment boom. Yet overseas mining investment has continued as the government’s priority shifted from infrastructure to high-end industries such as electric vehicles as part of its “Made in China 2025” program.

In May 2017, China Molybdenum Co. Ltd. bought Freeport-McMoRan Inc.’s $2.65 billion stake in the Tenke Fungurume mine, another major copper deposit in Congo. In 2015, Sichuan Hongda Group Co. Ltd. acquired a $2.7 billion a stake in the Mchuchuma coal and Liganga iron ore projects in Tanzania, which came online last year. Global prices of copper, which is used in electric-vehicle charging ports, have rebounded, with Goldman Sachs forecasting prices will hit $8,000 per ton this year as supply fails to match demand.

While it holds abundant mineral reserves, Congo remains a challenging environment for miners. In May, President Joseph Kabila’s government signed a new law revising existing mining contracts and increasing royalty payments. “Foreign investors face extreme policy uncertainty in the DRC, where an unstable government faces security, political and economic crises,” said Sam Stratford, an analyst with AKE International. “While multinationals have been reluctant to invest in the country, Chinese companies hope to have more leverage with Kinshasa as the government seeks Beijing’s largesse.”

China has invested heavily in sub-Saharan Africa, including $82.86 billion in power infrastructure and $94.51 billion in transport in the last 10 years, according to the American Enterprise Institute. President Xi Jinping tripled China’s previous funding commitments for industrialization, agricultural modernization and public health programs to $60 billion at the Forum on China-Africa Cooperation in 2015. It is expected that even larger sums will be offered when the forum meets in Beijing this September.