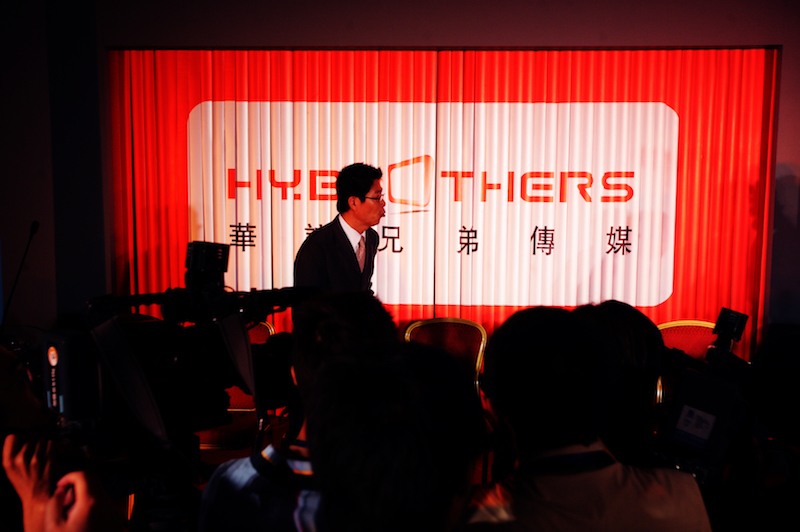 Huayi’s stock has been plunging since June 1. Photo: VCG

A major Chinese film studio that has been in the spotlight following recent allegations of questionable contracts in the industry is under further scrutiny with revelations that the two co-founders have pledged most of the shares they own as financing collateral.

Shenzhen-listed Huayi Brothers Media Corp. said in an exchange filing last week that its founders, Chairman Wang Zhongjun and his brother, President Wang Zhonglei, have pledged a total 694 million shares, or about 25% of the company’s total. The Wang brothers held a combined 28.2% stake in the company as of March 31.

The company said the founders pledged the shares to meet personal finance needs and plan to use the funds for projects and equity investments. The company did not elaborate.

Amid heated market discussion, Huayi issued a statement Monday that said the Wang brothers started to pledge their shares in 2011 and 2012, but their total holdings of company shares have been increasing since 2014. Huayi said the founders have increased their holdings since Nov. 24, 2015, by 640 million yuan ($99.9 million).

In a letter to company shareholders late Monday, Wang Zhongjun said the share pledge will not affect the company’s ownership structure or its business operations. Wang also denied reports that tax authorities have sent a team to the company for inspection, and said the company has paid taxes according to the law.

Huayi, one of China’s largest studios, has been rocked by a brewing scandal of alleged widespread tax evasion in the film industry using shady contracts.

The scandal was exposed two weeks ago when popular former TV talk show host Cui Yongyuan put on social media two partially blacked-out contracts allegedly belonging to actress Fan Binging, known in the West for her role as the mutant Blink in the 2014 movie “X-Men: Days of Future Past.”

The contracts show that Fan, a household name and one of the highest-paid stars in China, was paid 10 million yuan for her work in a movie and additional 50 million yuan in hidden compensation for the same work. The leak suggested that the dual contracts were provided so that only the 10 million yuan income would be taxable.

Fan’s studio denied she had ever signed duplicate contracts to hide her earnings. She is currently starring in Huayi’s new movie “Cell Phone 2,” scheduled for a mid-2019 release.

Stocks of major Chinese film companies have tumbled following the news. Huayi’s shares plunged by the 10% daily limit June 4, wiping out 2.28 billion yuan of market value in a single day. The stock fell another 3.25% Monday.

The State Administration of Taxation said last week that it had instructed local tax bureaus, including the office in Jiangsu province where Fan’s studio is based, to investigate the alleged double contract, called “yin-yang contracts” in the film business.