Curtain Comes Down on Film Shares After Tax Probe 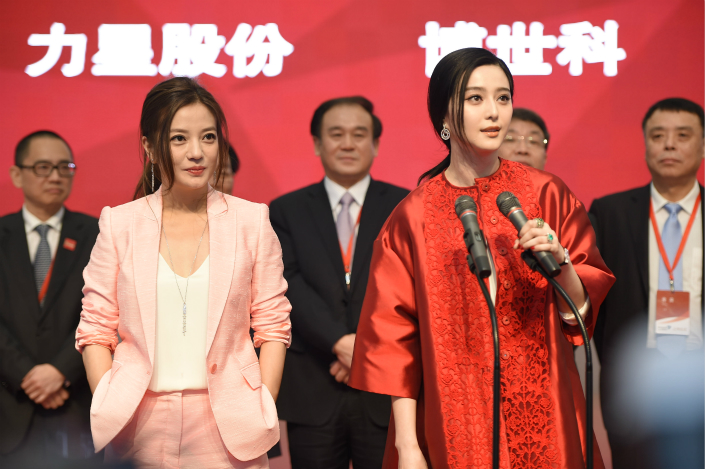 *Shares in major studios dropped by as much as the daily limit of 10% on Monday, with most staging minor recoveries the next day

Shares in Chinese studios bounced back slightly on Tuesday, after plummeting a day earlier as markets reacted to news that the industry was being probed for tax evasion.

The State Administration of Taxation said over the weekend (link in Chinese) that it had instructed tax authorities in Jiangsu province and other unspecified locations to investigate the film industry’s alleged use of “yin-yang” contracts, according to a Sunday post on its website. Such contracts often see film stars pay tax on a smaller sum of money than the real fees they receive from the studio.

The notice said that violations would be “dealt with in strict accordance with the law” if found, and that preventative measures will be strengthened. Tax evasion is punishable by up to seven years in prison, although first offenders usually receive only fines.

The investigations come as China’s tax collectors tighten their scrutiny of high-income groups and celebrities for potential tax evasion. Such behavior is relatively common in China, where mistrust of the government runs deep and such taxes didn’t even exist until the advent of market reforms over the last three decades.

The news rocked shares of China’s major film studios after the investigation was revealed. Huayi Brothers Media Corp., one of the largest players, fell by the 10% daily limit on Monday before rebounding slightly on Tuesday. Beijing Enlight Media Co. Ltd. performed similarly, falling 5.7% on Monday before recovering slightly the next day.

Ciwen Media Co. Ltd. and Zhejiang Talent Television and Film Co. Ltd. saw their shares fall 6.3% and 10% respectively on Monday before also rallying slightly on Tuesday. Shares in all of the companies traded at several times their normal volumes during the sell-off.

While Cui did not reveal the name of the production or the time it took place, Fan, the Chinese equivalent to Angelina Jolie, has four personal studios or companies set up in the Wuxi National Digital Film Industry Park in Jiangsu, the province singled out in the tax bureau notice.

Special zones such as the Horgos Free Trade Zone in the Xinjiang autonomous region have become famous in filmmaking circles for offering further incentives for media-related companies, such as enterprise income tax exemptions for the first five years.

The extent to which China’s major film studios have made use of such systems is unclear, and it’s not certain that the practice is even illegal. Nevertheless, concern about the potential fallout of the investigation was great enough to rattle the market.

China’s film market surpassed that of North America in terms of box office revenue for the first time in the first quarter of this year, raking in 20 billion yuan. That expanded on 14% growth the market saw for all of last year to 55.9 billion yuan. There is also excitement over the prospect of growth in “Smart Cinema,” which will allow uses to watch first-run movies over their smartphones and other mobile devices.