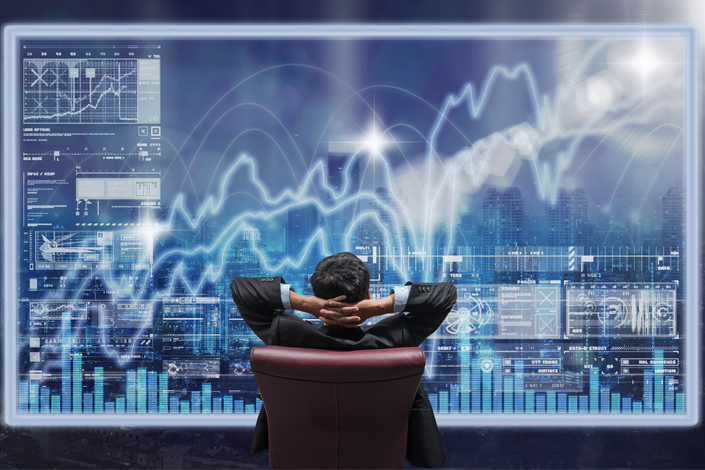 What: Baidu could become the first New York-listed company to return to China’s A-share market by issuing Chinese Depository Receipts (CDRs). A source told Caixin that Baidu started its CDR listing process later than Alibaba and JD.com, but is executing it faster than the others.

Why it’s important: The development shows Baidu’s change of heart, after it was initially uncertain over a CDR listing. The company previously face a public relations crisis for misleading medical advertisements and has recently lost some of its top artificial intelligence (AI) talent, even as it pegs its future on the technology.

Big Picture: Eight public companies are preparing to issue CDRs from an initial group selected by the securities regulator, including Baidu, Alibaba, Tencent, JD.com, Ctrip and Weibo. The program is China’s attempt to make some of the country’s biggest tech names that are traded overseas available to domestic investors. (Source: Caixin, link in Chinese)

What: U.S.-based China Labor Watch has criticized harsh working conditions at a Foxconn manufacturing facility in Hunan province that makes products for clients including Amazon. A nine-month investigation found excessive working hours, low wages, and inadequate training. Foxconn said it is “carrying out a full investigation of the areas raised by that report, and if found to be true, immediate actions will be taken to bring the operations into compliance” with its code of conduct.

Why it’s important: Foxconn, formally known as Hon Hai Precision Industry Co. Ltd., is the world's largest contract electronics manufacturer and employs more than a million people. Its clients include Apple Inc. and other well-known brands. Foxconn has been criticized before for similar labor issues.

Big Picture: The plant being criticized makes Echo Dot smart speakers and Kindle e-books. High profile foreign companies like Foxconn and Amazon are often singled out for such criticism, even though similar labor abuses are common at many locally-operated companies. (Source: Reuters)

What: A legal dispute between Apple and Qualcomm is moving ahead, with hearings to be held in the U.S., China and Germany. The Chinese Patent Review Board will begin hearings this month to consider Apple’s request to invalidate certain patents Qualcomm is using in an infringement case against the iPhone maker. Decisions in those cases could come in the third quarter.

Why it’s important: China is the biggest market for smartphones, so China’s decision on the issue is critical for both companies. (Source: Bloomberg)

What: Frestech (knows as Xinfei in Chinese), one of China’s oldest refrigerator brands, failed to repay debts this April, and will have an online judicial auction on June 28 to sell its shares. The starting price is 450 million yuan ($70.28 million). The company will also sell part of its land holdings on July 5, with a starting price of 115 million yuan.

Why it’s important: Frestech used to be a first-tier brand, but the company started to falter after it brought in foreign investors. Frestech founder Liu Bingyin’s key business initiatives were opposed by the company’s board, as the Singapore-based Hong Leong Asia (HLA) held 51% shares in the company. The company’s business continued to decline after Liu’s death in 2001. When HLA withdrew its money, Frestech filed for bankruptcy.

Big Picture: Frestech sold more than 1 million refrigerators for eight consecutive years after 1996, and its share of the domestic market hit 18.88% in 2002. The company is one of many historically famous Chinese brands that have suffered in the Reform Era due to competition from a newer group of more private-style companies. (Source: TMTPOST, link in Chinese)

5. Electric Car Startup Byton Raises $500 Million in B Round

What: Byton announced that it raised $500 million in Series B funding to focus on launching an electric car in 2019. The round was backed by Chinese battery-maker Contemporary Amperex Technology, FAW Group and Tus-Holdings. Byton unveiled its electric SUV concept at CES last winter. Its cars will sell for prices starting at about $45,000, and will have a 71-kilowatt-hour battery pack that can travel 250 miles on a single charge.

Big Picture: Beijing sees the coming era of electric vehicles as an opportunity for the Chinese auto industry to overtake foreign rivals. There are almost 50 domestic electric car startups operating in China, many clamoring for investor cash despite lack of commercial products. (Source: Caixin)

What: Baidu launched its Xiaodu Smart Speaker on June 11. The official price is 249 yuan ($38.89), and the discount price is 89 yuan. This is Baidu’s third smart speaker. The first, Raven H, targeted high-end market users at a price of 1,699 yuan. The second, Xiaodu Home, sold for 599 yuan.

Why it’s important: China is the second-largest smart speaker market in the world, with Alibaba and Xiaomi dominating at the low end. Baidu has struggled to win market share, but is now trying the same strategy as Alibaba.

Big Picture: Internet companies have been increasingly moving into hardware. Amazon has launched its Echo smart speaker based on its voice service platform Alexa, and Google has launched smartphones under its Nexus and Pixel brands. (Source: Caixin, link in Chinese)