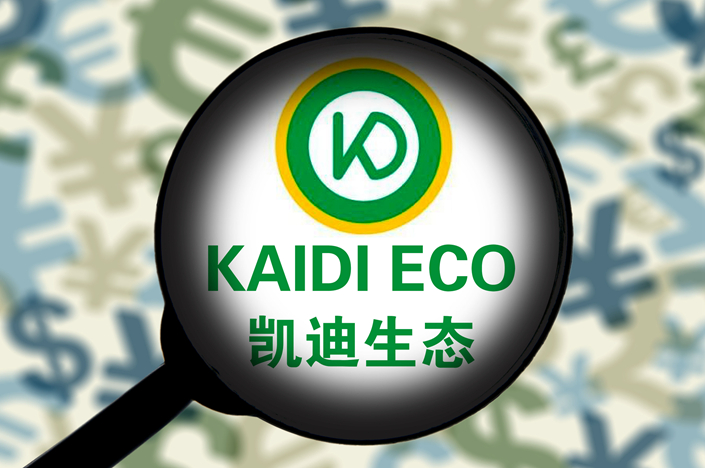 An unfolding debt crisis at one of China’s biggest biofuel generators is sending shock waves through an industrial town in Finland as worries are growing that the firm’s promised mega investment, which was expected to create thousands of local jobs, may fall through.

Sunshine Kaidi New Energy Group Co. Ltd., based in the central city of Wuhan, is struggling to sell its controlling stake in a subsidiary because the company demanded the buyer first pay several billion yuan to bail it out of its own financial problems.

Its debt-laden subsidiary, Kaidi Ecological and Environmental Technology Co. Ltd., announced last month that it had missed a payment on a 698 million yuan ($109.0 million) bond, the sixth largest default this year among Chinese companies.

The trouble faced by Sunshine Kaidi has sent shudders through Finland’s northwestern port city of Kemi, where the company announced in 2016 a plan to build a biofuel refinery via subsidiary Kaidi Finland. Media reports said then Sunshine Kaidi would invest 1 billion euros ($1.18 billion) in the project, with 4,000 jobs expected to be created during its construction to give a boost to the Nordic country’s economy, which was in recession.

The situation highlights the growing risks that Chinese companies’ overseas investments could turn sour as an ongoing national financial deleveraging campaign has squeezed the financing ability of firms.

Finnish newspaper Lapin Kansa on Thursday described Kaidi Eco’s debt situation “a bad sign” for the plant in Kemi, which has a population of 300,000. It also revealed that Kaidi Finland’s head Carl Haglund would soon be leaving his post, further delaying the progress of the project.

“People here in northern Finland are generally very eager to have this new factory here, and many will be disappointed if the plans are buried,” a Finnish source familiar with the matter told Caixin.

The Finnish government also supported the project, granting an emissions license to Kaidi Finland just a few weeks ago, the source said.

However, Sunshine Kaidi’s situation appears to have grown worse, as a Kaidi Eco filing with the Shenzhen Stock Exchange Thursday showed that its parent company recently failed to meet a margin call on a trust product.

The Sunshine Kaidi case could increase skepticism in Finland about Chinese investments, the source said. Concerns are rising over the soundness of a 950 million euro investment planned by two other Chinese companies in a pulp mill in the northern Finnish city of Kemijarvi.