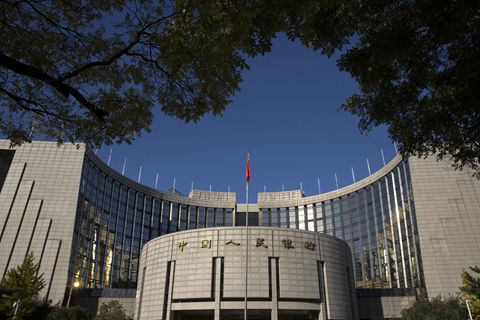 The People's Bank of China in Beijing. Photo:VCG

The reshuffle was made as a result of leadership changes in the central bank and the Ministry of Finance since the annual congress meeting in March.

Yi replaced Zhou Xiaochuan, who stepped down in March as governor of the People’s Bank of China (PBOC) after 15 years.

Vice Finance Minister Liu Wei replaced Shi Yaobin, the former vice finance minister, who was promoted in March to become the director of a budget committee of the congress.

Unlike the U.S. central bank’s policy-setting Federal Open Market Committee, whose voting members have the power to determine the direction of monetary policy, the Chinese central bank’s monetary policy committee plays only an advisory role. The panel meets quarterly to discuss economic and policy issues.

According to the PBOC’s rules, the panel is composed of the governor and two vice governors of the central bank, the head of the securities regulator, a vice minister of finance, governors of state-owned commercial banks and other top government officials as well as three academic members.

Ma, formerly an economist at Deutsche Bank and the International Monetary Fund, specializes in research on yuan internationalization and financing channels for the “Belt and Road” initiative.

All three of the new academic members are winners of the Sun Yefang Economic Science Award, the top economics award in China.

Yi Gang, Governor of the People's Bank of China

Ning Jizhe, Director of the National Bureau of Statistics

Pan Gongsheng, Administrator of the State Administration of Foreign Exchange

Ma Jun, Director of the Center for Finance and Development, Tsinghua National Institute of Financial Research

Zhao Zuoyan contributed to the story