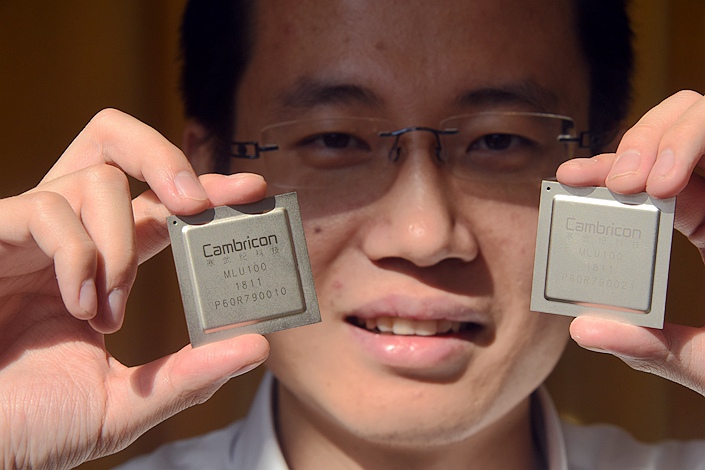 Chinese artificial-intelligence (AI) chipmaker Cambricon Technologies Corp. Ltd, which is now collaborating with Huawei Technologies Co. Ltd. on chips for its smartphones, has completed a new round of fundraising that valued it at $2.5 billion.

The Beijing-based startup raised “hundreds of millions of dollars” in the latest round, it said in a Wednesday statement (link in Chinese) published on its official WeChat account.

Established in 2016 with financial and technological support from the state-owned Chinese Academy of Sciences, Cambricon develops chips with AI capability and deep learning processors. It supplied technology for Huawei’s smartphone chip Kirin 970, which is embedded in several flagship models, including the Mate10 and the P20. Cambricon and Huawei are expected to continue the collaboration on the next-generation chip.

Cambricon completed a $100 million funding round in August, with a valuation at more than $1 billion, which the company claimed made it the first AI-chip unicorn — a startup company valued at over $1 billion.

China has for years struggled to make its domestic chip industry more competitive with those of the U.S. and Japan. China’s lagging capabilities have been highlighted since the U.S. banned American chip companies from selling components to Chinese telecom equipment-maker ZTE Corp., which caused ZTE to halt its main business operations. The two sides reached a settlement after ZTE agreed to a $1 billion fine, but the U.S. Senate on Monday passed a bill that would reimpose the sanction.

Cambricon is among a group of Chinese startups aiming to break into the business of high-tech chip design, now dominated by global giants such as Intel Corp. and Qualcomm Inc. Other Chinese AI-chip startups, such as DeePhi Tech and Horizon Robotics, are reported to have raised tens of millions of dollars each.