Drug Dealer Set to Be Executed Despite Unresolved Questions 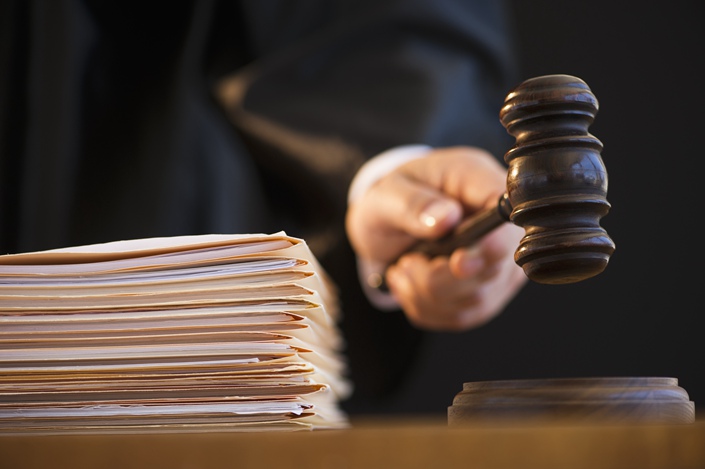 Convicted drug dealer Huang Liping is slated to be executed today for her role in the sale of 15 kilograms of crystal methamphetamine in 2016. Photo: VCG

Update: The subject of this story, Huang Liping, was executed Friday night, according to a friend of her family.

A convicted drug dealer and her family are making last-ditch efforts to reverse her death sentence, arguing that the penalty is harsher than her accomplices received, even though she played a less important role in the crime.

The appeals court involved in the case has been accused of bending the rules in favor of certain defendants, a common problem in China’s legal system.

Huang Liping was slated to be executed Friday for her role in the sale of 15 kilograms (33 pounds) of crystal methamphetamine in 2016. Her lawyer, Han Bing, called on China’s top prosecutorial office to suspend her execution and requested a new review of the decision by the Supreme People’s Court.

Huang and two accomplices, Zhang Junpeng and Sun Jianhai, met a drug dealer in May 2013 at a hotel in the port city of Qingdao. They agreed to purchase 14 kilograms of the amphetamine from the man, according to court documents. The dealer also gave Zhang 1.1 kilograms for free.

The dealer, Fang Maan, was sentenced to death for drug transportation at the Qingdao Intermediate People’s Court in June 2014.

Huang and accomplice Zhang were also sentenced to death, for their involvement in the sale of 11 kilograms and 13.75 kilograms of the drug respectively.

The other accomplice, Sun, was given a death sentence as well, court documents showed.

All of the accused appealed, and in a subsequent trial by the High People’s Court in Shandong province, a judge maintained that Huang’s peers were the lead offenders in the case.

Yet, Zhang and Sun had their sentences commuted to death with a two-year reprieve, meaning their lives would be spared, as commuted death sentences are regularly downgraded to life in prison.

Zhang’s commutation was particularly controversial because the appeals court contradicted itself, saying Zhang’s role was less serious than Huang’s in the case yet listed him as one of four key offenders.

The appeals court also said that it was lenient toward Zhang because he had showed remorse by confessing to drug dealing.

But lawyer Han dismissed the appeals court’s claim, saying that Zhang had actually pleaded not guilty.

Huang — the defendant set to be executed — was the one that showed remorse and confessed, lawyer Han said, but the court failed to acknowledge this.

Caixin could not independently verify the discrepancy between Han’s claims and the court’s claims.

On Tuesday, Huang’s family was told to meet her in the detention facility where they were notified of her impending execution, Han said. They had not previously been provided with official notice of the execution, a violation of Chinese law.