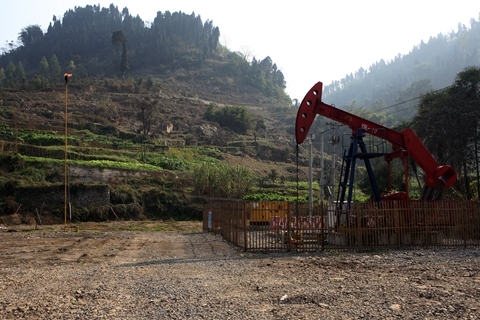 The company plans to drill more than 330 new wells in the Sichuan basin, 1.5 times of the number of wells CNPC is currently operating in the area, CNPC said. By 2020, CNPC plans to have more than 820 shale gas wells in operation, with a total annual capacity of 15 billion cubic meters.

Shale gas is a major energy push by the Chinese government as the country moves to reduce its reliance on dirtier coal. Policy support and government subsidies have encouraged major state-owned oil and gas companies to step up shale gas drilling.

China aims for total shale gas production of 30 billion cubic meters a year by 2020, according a development plan issued by the National Energy Administration in 2016.

But that goal might be too high, according to a recent report by Wood Mackenzie. The energy consultancy found that a more realistic goal would be to produce 17 billion cubic meters a year by 2020, nearly doubling the 2017 output.

The policy makers said future subsidies could be changed with technology developments and cost cuts.

CNPC Chairman Wang Yilin said the company’s development of shale gas is still at an early stage and there’s a big learning curve ahead in terms of drilling speeds and cost cutting.

Lured by the potential of China’s shale reserves, global oil giants such as BP and Shell have ventured into China, but some exited after lackluster results.

China has opened some shale gas blocks to allow bidding from non-state-owned oil enterprises including foreign companies. But so far none of the projects have made commercial discoveries.