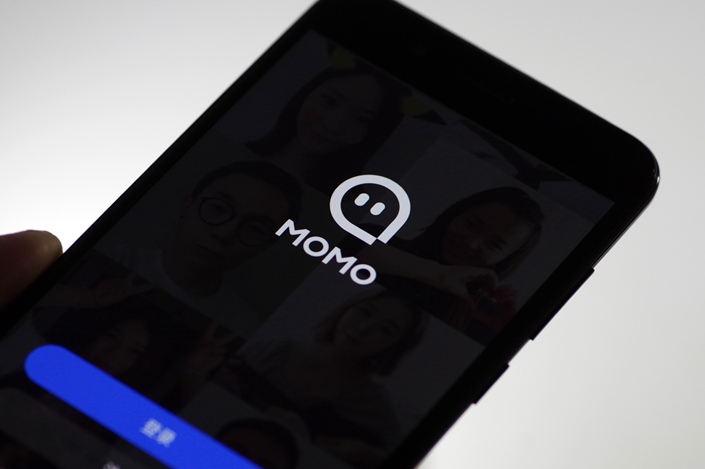 Shares of dating app operator Momo Inc., often called the Chinese equivalent of popular U.S. peer Tinder, fell by more than 5% in the latest trading session on Wall Street, after a short seller accused the company of selectively disclosing and concealing important news for investors.

The accusations in a report from Spruce Point Capital Management come just two weeks after a similar attack on TAL Education, and spotlights how U.S.-listed Chinese companies are often targets for short sellers due to their relative inaccessibility compared with U.S.-based firms. The earlier attack on TAL caused that company’s shares to tumble as much as 13% after well-known short seller Muddy Waters accused the company of fraud.

Momo’s shares lost 5.5% in Wednesday trade in New York, and are down 11% over the last two trading days on volume that was more than twice the daily average during that period.

Spruce Point said Momo “selectively reveals/conceals material disclosures from investors and is diverting attention from new challenges in live video,” referring to a livestreaming format that has become highly popular in China. The format’s rapid rise has attracted attention from regulators worried about problematic broadcasts that include material like pornography and false claims by sellers of products and services.

Spruce Point pointed to one particular case in November when it said that Momo did not disclose charges made by one of China’s commerce regulators saying the company violated provisions on corporate information disclosure. No statement from Momo responding to the allegations was immediately available.

The slide in the company’s stock came amid a broader sell-off on Wednesday of similar Chinese tech firms in New York, including drops of 3.3% and 3.1% for internet giants Alibaba Group Holding Ltd. and Baidu Inc., respectively.

The latest attack also came the same week that Momo announced its sale of $650 million in convertible bonds, amid a broader wave of fundraising by Chinese high-tech companies taking advantage of positive investor sentiment. Momo said it would use funds generated from the sale to pay for and develop new services for Tantan, another popular dating app that it acquired earlier this year for nearly $800 million.