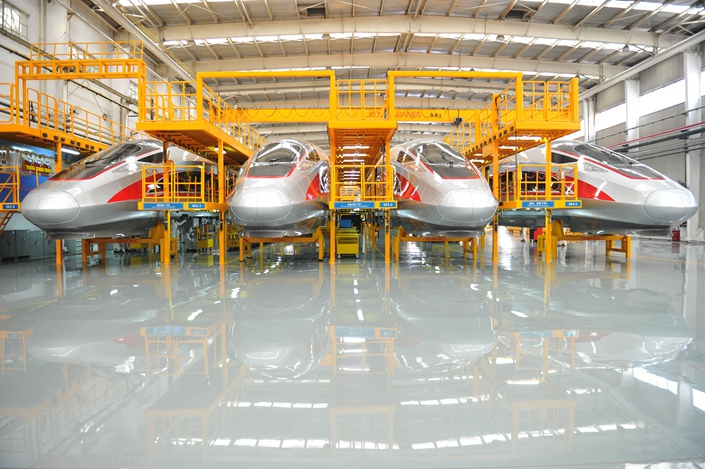 China’s manufacturing activity was stable overall in June, with rising domestic demand balanced by a deterioration in new orders from overseas amid growing trade tensions with the U.S., a Caixin survey showed Monday.

The Caixin China General Manufacturing Purchasing Managers’ Index (PMI), an indicator that gives a snapshot of operating conditions in the manufacturing sector, stood at 51.0 in June, marginally lower than the reading of 51.1 in May.

The output subindex edged up to a four-month high, mainly supported by a sustained rise in new business, the survey showed. However, demand from overseas remained subdued, with new export orders contracting for a third month and at a steeper pace.

“The index for new export orders fell to a low for the year so far and remained in contraction territory, pointing to a grim export situation amid escalating trade disputes between China and the U.S.,”said Zhong Zhengsheng, director of macroeconomic analysis with consultancy CEBM Group, a subsidiary of Caixin Insight Group.

Companies in the survey exhibited a relatively cautious approach to inventory levels, and reported declining stocks of both purchased and finished items.

The manufacturing sector is stepping into a destocking phase amid weak demand, said Zhong, adding that the index of suppliers’ delivery times remained in contractionary territory, which suggested delivery delays and poor capital turnover among vendors.

The subindex of input prices showed the highest reading in five months in June, while manufacturers raised the prices they charge customers at the steepest rate since September 2017, the survey showed.

Zhong predicted that the year-on-year increase in the producer price index in June, which is scheduled to be released by the National Bureau of Statistics (NBS) on July 10, probably continued to pick up. Corporate profits could also have been squeezed due to the rapid rise in input prices, he said.

Companies responding to the survey continued to be downbeat about hiring in June, with the employment subindex showing the steepest contraction in 11 months, indicating more companies are shedding workers than hiring. Anecdotal evidence from the survey indicated that lower headcounts were due to retirement, company downsizing policies and insufficient workload.

Goods producers remained optimistic that production would rise over the next year, with the subindex of future output remaining above 50, although the reading was the weakest in six months, the survey showed.

China’s official manufacturing PMI, released by the NBS on Saturday, dropped to 51.5 in June from May’s 51.9.

The Caixin manufacturing PMI, sponsored by Caixin and compiled by international data analytics firm IHS Markit Ltd., focuses on light industry, while the official PMI focuses on heavy industry. The geographic distributions of the companies covered in the two surveys are different.

The Caixin China General Services Business Activity Index, which tracks the country’s growing services sector, is scheduled to be released on Wednesday.