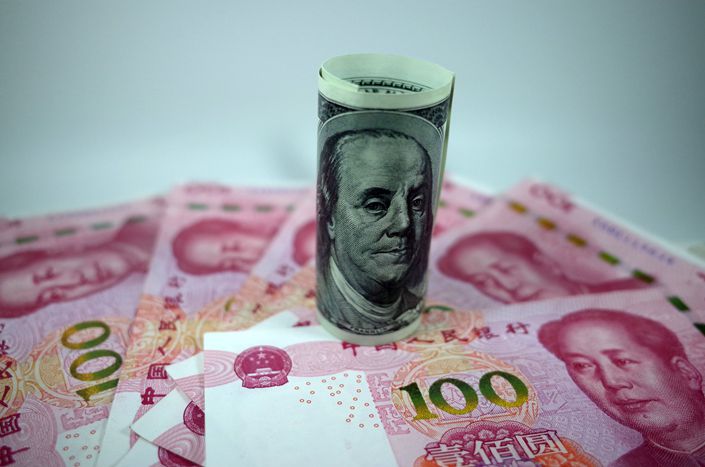 Bonds have been making up a growing share of China’s rising external debt, a development that the country’s foreign exchange regulator said shows confidence in the country’s economy.

China’s outstanding external debt, which includes money that the government, corporations and financial institutions owe to foreign creditors, rose 7.8% from the end of 2017 to $1.84 trillion at the end of the first quarter, according to data (link in Chinese) released by the State Administration of Foreign Exchange (SAFE) on Friday.

“Debt securities have become a new driver of growth for external debt, showing foreign investors’ firm confidence in the Chinese economy,” a SAFE official said on Friday during a question-and-answer session with reporters.

As China’s debt market grows more open and as it has performed well so far this year, offshore institutional investors have continued to increase their holdings of onshore yuan-denominated bonds, with nearly 80% of holdings in medium- to long-term bonds, the official said.

Wang Chunying, head of SAFE’s Balance of Payments Department, said earlier this year during a briefing on external debt figures at the end of 2017 that the bond connect between the Chinese mainland and Hong Kong has provided foreign investors with wider access to the domestic financial market, which was a key contributor to foreign institutions’ growing interest in holding more Chinese bonds.

Bonds from real estate firms and local government financial vehicles (LGFVs) are not included in SAFE’s measure of external debt. However, according to public information gathered by Caixin, the National Development and Reform Commission (NDRC) approved at least 23 real estate companies and 21 LGFVs to issue bonds in the first half of this year. Those companies represented 37.5% of all NDRC-approved onshore companies applying to issue offshore debt.