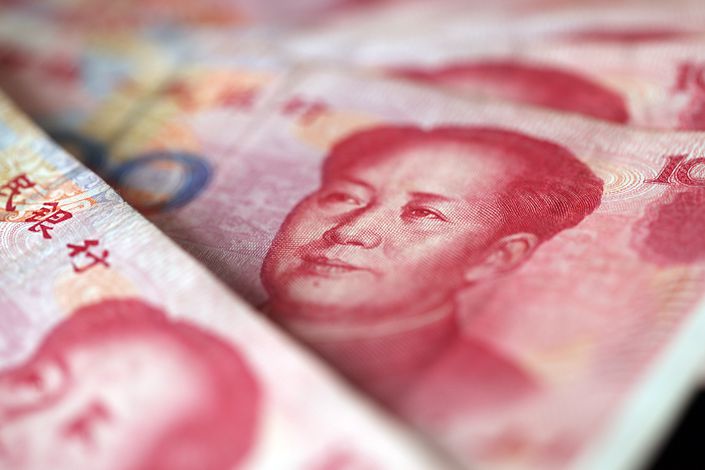 * Disappointing economic data, fears of trade war with U.S. have weighed on investor sentiment in past several weeks

(Beijing) — The central bank downplayed concerns over currency depreciation after setting the daily trading midpoint of the yuan at a new 10-month low against the dollar on Tuesday.

People’s Bank of China (PBOC) Governor Yi Gang said Tuesday that overall financial risks were under control, adding that China’s cross-border capital flows were generally balanced. He attributed the yuan’s weakening to external uncertainties and a strengthening dollar. The same day, Pan Gongsheng, deputy governor of the PBOC and director of the State Administration of Foreign Exchange (SAFE), said at a forum in Hong Kong that he is confident the exchange rate will remain at a reasonable and stable level.

This was the first time that top central bank officials have expressed an opinion about the yuan since mid-June, when the currency began to slide.

Pan also said that China’s foreign exchange reserves are plentiful. China held $3.11 trillion in foreign currency at the end of May, according to SAFE. In the past, these reserves have been spent to prop up the yuan.

Concerns over a looming Sino-U.S. trade war and expectations of further monetary easing by Chinese policymakers have weighed on investor sentiment over the past few weeks. The PBOC set the central parity rate of the yuan at 6.6497 to the dollar on Tuesday, weaker than Monday’s rate of 6.6157 and the softest since Aug. 25. The currency slipped further to 6.6672 yuan against the dollar as the official market closed at 4.30 p.m. on Tuesday, 0.27% weaker than yesterday’s close.

The yuan’s decline started to accelerate just over two weeks ago after the release of disappointing data that pointed to a steeper-than-expected slowdown in growth in the world’s second-largest economy. The latest data for June may have strengthened these fears, with both the official and the Caixin China General Manufacturing Purchasing Managers Indexes dipping slightly and showing a faster contraction in new export orders. The yuan, also known as the RMB, has weakened more than 3.5% against the dollar since June 14.

These economic fears are compounded by a looming trade war, due to kick off later this week. The U.S. has said it will impose tariffs on $34 billion worth of Chinese imports from July 6. China has vowed to retaliate with equivalent tariffs on the same day.

Although much of the depreciation has been due to a strengthening dollar, this may no longer be the case. “RMB weakening on the back of a strong USD is less of a valid argument in the past two weeks” because the value of the dollar has also been weakening against the world’s other major currencies, said Tai Hui, J.P. Morgan Asset Management Chief Market Strategist for Asia Pacific.

Last month, the PBOC broke with its custom of following the U.S. central bank in raising interest rates. Instead, the central bank will cut the reserve requirement ratio (RRR) for most banks by 50 basis points from July 5, reducing the amount of cash they must set aside as reserves and freeing up around 700 billion yuan ($105.1 billion) into circulation. “(RMB weakening) does reflect the narrowing spreads between USD and RMB interest rates. Last week’s RRR cut perhaps has exacerbated this move,” Tai said in a note.

Big banks have been selling large quantities of dollars to help relieve pressure on the yuan, according to traders. However, the PBOC has not intervened directly. Analysts expect the PBOC may begin to start using its “countercyclical adjustment factor” in setting its daily trading midpoint. This tool, introduced last year to strengthen the yuan amid capital outflows, was phased out earlier this year.

“Depreciation is showing signs of becoming self-perpetuating,” said Wang Youxin, a researcher with Bank of China’s international finance research institute, arguing that to avoid market panic, temporary intervention measures will have to be put in place.

But according to Sheng Songcheng, a previous head of the PBOC’s department for investigation and statistics, “This depreciation is a market reaction to a change in economic fundamentals; it’s normal, and the PBOC does not need to interfere.”

Intervention could come with a hefty price tag if the PBOC were to use its foreign reserves to buy yuan. From August 13, 2015, to the end of 2016, China’s forex reserves fell by nearly $1 trillion as the central bank propped up the currency.