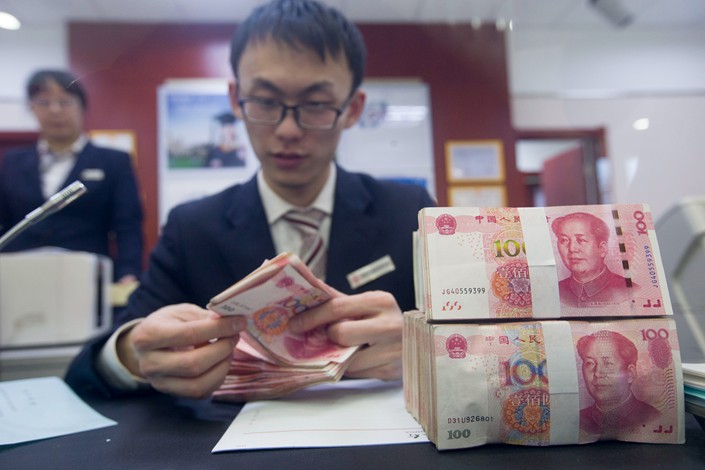 Another central bank adviser has hinted that China will ease its aggressive approach to debt reduction, seeking to strike a balance between deleveraging and protecting a slowing economy that is showing growing signs of financial distress.

Central bank adviser Liu Shijin said that “China is entering a phase of stabilizing leverage,” just days after another high-profile academic said regulators would avoid excessive deleveraging, signaling the government may be reducing the intensity of its deleveraging campaign.

“Deleveraging has seen initial results and we are entering a phase of stabilizing leverage,” said Liu, a member of the People’s Bank of China’s (PBOC) monetary policy committee and vice chairman of the government-affiliated China Development Research Foundation, in an interview with the official Economic Daily.

As the economy enters a stage of high-quality development, the factors that pushed up financial leverage will undergo major changes, he said.

As China shifts its focus from high-speed to high-quality development, there should be less use of “artificially high leverage to chase overly fast growth,” Liu said. He added that an aging population and slowing urbanization will also reduce the need for more leverage, while increasing financial supervision has helped to curb increasing debt as well. Controls on local government debt and reductions in overcapacity for some sectors have also reduced debt levels.

This mix of these factors means that China’s overall leverage ratio will stabilize and will be gradually reduced, Liu said.

His comments join a growing chorus coming from Beijing signaling that an aggressive campaign to sharply reduce debt in the government and corporate sectors may be shifting to a more-moderate phase as economic growth slows and trade tensions with the U.S. mount. Concerns about the outlook have pushed China’s stock markets into bear-market territory, and the yuan this week declined to a 10-month low against the U.S. dollar. Corporate bond defaults have also been accelerating this year.

Corporate and government leverage ratios have also dropped, while the growth in household credit has tapered as well.

The government leverage ratio fell by 0.4 percentage points in 2017 from 2016 levels, the third consecutive yearly drop. In the first quarter of 2018, the trend continued with a drop of 0.7 percentage points.

At the end of May, the growth in household debt dropped for the 13th consecutive month, said Liu. China’s household debt levels at 48.4% are still far below that of developed countries such as the U.S. and Japan, where household debt as a percentage of gross domestic product stood at 78.7% and 57.4% respectively at the end of 2017, according to data from Bank of International Settlements.

Liu was formerly a deputy chief of the Development Research Center of the State Council, China’s cabinet. He is one of three academics that joined the PBOC’s monetary policy committee in mid-June following a personnel reshuffle. Ma Jun, another academic on the committee, argued that China should not pursue a “one-size-fits-all” approach to deleveraging, in a media statement issued two days ago.