By Xie Wenwen and Han Wei 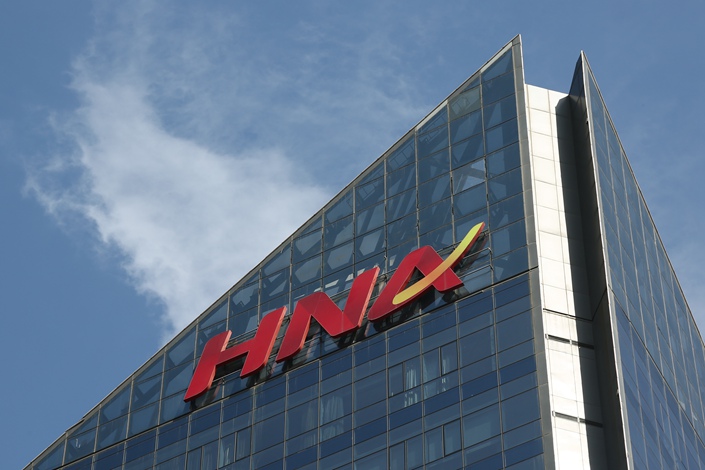 HNA embarked on a major selling spree this year to pay down its debt. Photo: VCG

Chinese conglomerate HNA Group, whose co-founder died Tuesday in France, is selling its warehouse properties in Singapore for $534 million as part of its efforts to reduce debt.

CWT International, a Hong Kong-listed subsidiary of HNA, said in an exchange filing that it agreed to sell five warehouse properties to HSBC Institutional Trust Services (Singapore). HSBC Institutional is the trustee of Mapletree Logistics Trust, based in a Singapore.

CWT said it will rent the properties from the buyer and continue using them as warehouses after the sale. CWT said the asset sale will generate a net gain of around HK$82 million ($10.45 million).

The deal needs approval from CWT’s shareholders and JTC Corp., owner of the industrial zone where the warehouses are located.

Shares of CWT and other HNA subsidiaries listed on the mainland and in Hong Kong have tumbled since Wednesday following the news that HNA’s co-founder and Chairman Wang Jian died after accidentally falling during a business trip to France. CWT closed down 5.1% on Thursday after a 5.6% loss the day before.

Markets are concerned that the unexpected death of Wang may complicate efforts to restructure assets and relieve debt pressures. HNA has been under heavy financial and regulatory pressure since last year because of its debt load after years of spending on overseas assets.

In May, HNA disclosed in a stock exchange filing that at the end of 2017 it had total assets of 1.23 trillion yuan ($185 billion), up 21% from the previous year. But debt grew even faster, by 22% to 737 billion yuan at the end of last year, the report showed. The debt-to-assets ratio climbed to almost 60% at year end.