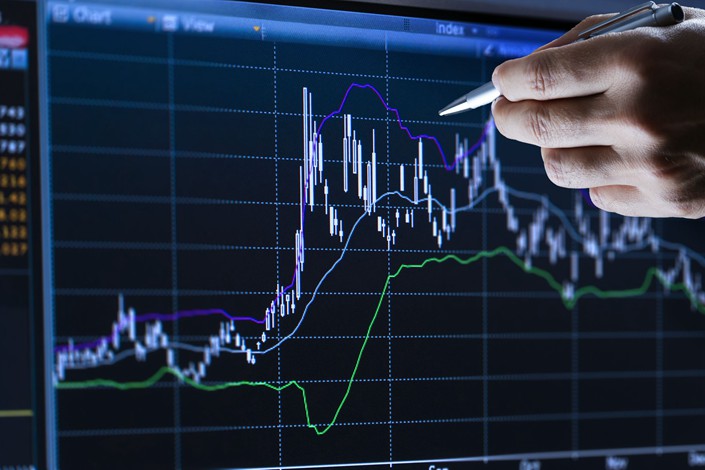 The Shanghai Composite Index traded down on Friday morning but rebounded in the afternoon before finishing the session up 0.45%. Photo: IC

(Beijing) — Beijing’s accusation that the U.S. was “launching the biggest trade war in history” on Friday left Chinese stock-buyers unfazed, even as the official rollout of tit-for-tat protective tariffs put continued downward pressure on China’s currency, the yuan.

The Shanghai Composite Index traded down on Friday morning before U.S. protective tariffs and Chinese retaliatory measures became official at noon. But they rebounded by as much as 1.2% in the afternoon before finishing the session up 0.45% at 2,747.23. The Shenzhen Component Index, which includes many of country’s midcap technology companies, added 0.55%.

The uptick marked a reversal from weeks of pressure that has pushed the Shanghai index into bear territory on concerns about a slowing economy and also a looming trade war.

At noon Friday in Beijing, the U.S. imposed additional 25% tariffs on $34 billion worth of Chinese imports, part of U.S. President Donald Trump’s earlier threat to ultimately levy tariffs on more than $50 billion worth of goods. China immediately responded with its own tariffs of the same amount against U.S. goods, including cars and agricultural products, according to the state-run Xinhua News Agency.

Analysts said stock investors had already priced in the impact of escalating trade tensions, and thus the uptick marked a slight rebound from the current bear market. But as tariffs start to have an impact in the future, investors could grow increasingly concerned.

“The Sino-U.S. trade relationship has gone from tariff threats to implementation,” said Tai Hui, the chief market strategist of J.P. Morgan Asset Management, said in a Friday note. “These tensions are like an ongoing chronic back pain. Investors may not notice for a while, but they can come back and haunt us from time to time.”

The Shanghai index lost more than 3.52% this week, marking its seventh straight week of losses amid the escalating trade tensions, tightening liquidity from Beijing’s deleveraging campaign and looming margin calls that have squeezed some companies with weak funding bases. The Shanghai gauge has lost 16.9% so far this year, making it one of the worst performers among global indexes.

Some investors have started buying stocks on anticipation that the rout may be near a bottom and the central bank will turn to more-accommodative monetary tools to boost China’s economy.

“Sentiment for a majority of investors has collapsed after a long rout, and has turned overly pessimistic,” said Kang Shuiyue, chairman and chief investment officer of Danyang Investment Group Co. Ltd. “However, if you jump out and look at the current situation calmly, it is neither as bad as those pessimists think, nor as good as optimists say.”